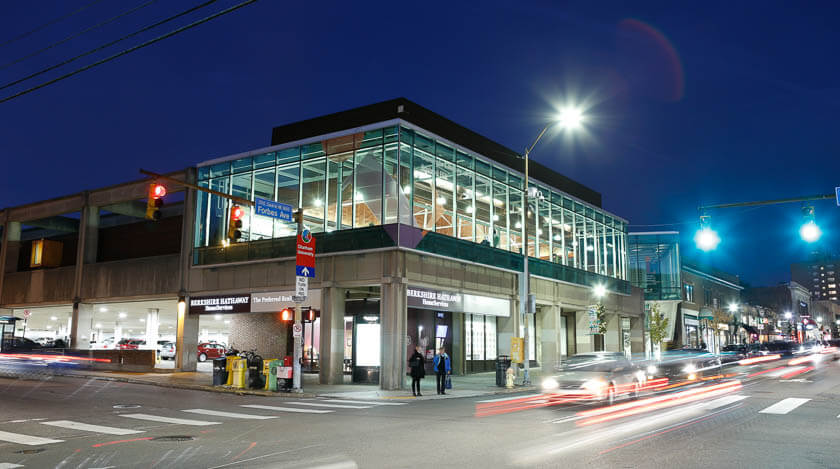 Squirrel Hill is one of Pittsburgh’s most vibrant neighborhoods.  Having lived there many years and because I still enjoy visiting it, I was intrigued to read Squirrel Hill A Neighborhood History (DBC 14834) by the Squirrel Hill Historical Society and Helen Wilson, Editor.  The book begins with the ancient geological formations that created the hill that, until the late 19th century, kept it somewhat isolated and limited its development.  It includes chapters on the earliest settlers, Nine Mile Run, the influx of Jewish residents, changes in the business district, the estates and mansions of Squirrel Hill, its two parks, Beechwood Boulevard and the Morrowfield Apartment Building among others.

Here are a few of the facts which the book relates that I found fascinating:

There is so much interesting information in this book.

The Squirrel Hill Historical Society is a nonprofit membership organization dedicated to researching, preserving and celebrating the history of Squirrel Hill.  It holds occasional walking tours as well as monthly programs at the Church of the Redeemer, 5700 Forbes Avenue.  It has also produced videos of past programs which are posted on YouTube.   More information is available at squirrelhillhistory.org.