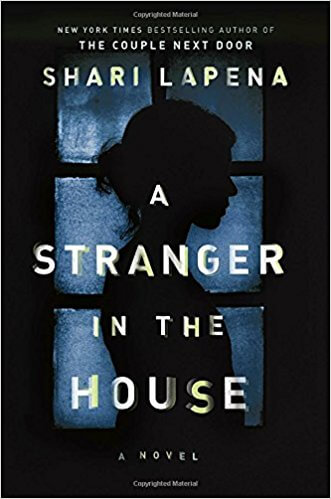 Everything changed in February – no more Fire and Fury, Hollywood glitz and homicide blitz… all the cool things are gone… except Alex Cross who is now number 3 on our BARD list and The People against him.

This month we had some mysterious cases: a woman making dinner for her husband who then suddenly disappears (I would disappear too if I had to make a dinner for someone); much-admired psychologist turns out to be a heavy drinker (surprise, surprise…); and a detective, with a beautiful French name Napoléon Dumas, is called “Nap” for short… I got used to it… My biggest disappointment was when I found out that Tutankhamun’s nickname is Tut…

Secrets in Death
By J. D. Robb
DB89233/CL16738
Gossip reporter Larinda Mars is killed in one of Roarke’s posh clubs while Lieutenant Eve Dallas is there having a drink. The investigation quickly reveals that Mars had a long list of enemies–celebrities she’d been blackmailing about devastating information from their past. Violence, strong language, and some explicit descriptions of sex. 2017.

The People vs. Alex Cross
By James Patterson
DB89732/CL16789
Charged with gunning down followers of his nemesis, Gary Soneji, in cold blood, Alex Cross is being turned into the poster child for trigger-happy cops who think they’re above the law. Cross knows it was self-defense–but will a jury see it that way? Unrated. Commercial audiobook. 2017.

The Blind
By A. F. Brady
DB89547
Sam James, who works as a much-admired psychologist at a Manhattan psychiatric institution, hides the fact that she drinks heavily and is in an abusive relationship. But now a work-required psychiatric evaluation and a mysterious patient threaten her work identity. Strong language, some violence, and some explicit descriptions of sex. 2017.

A Stranger in the House
By Shari Lapena
DB89027/CL16687
You’re making dinner for your husband. The phone rings–it’s the call you hoped you’d never get. You jump in your car and race to a neighborhood you thought you’d never visit. You peer into the dark, deserted building. You brace yourself for the worst. And then, you remember nothing else. Unrated. Commercial audiobook. 2017.