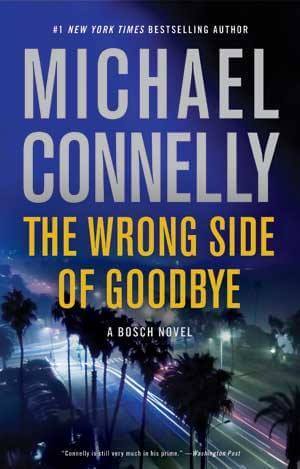 New Year, New You. But that doesn’t mean we can’t keep the gritty heavy hitters in our lives, representing the Top Five. I’m not gonna lie, I was tempted to change the title of the Best of BARD to The Wrong Side of Goodbye, that’s how good the title from Mike Connelly’s latest is. No wonder it hits the stop spot, I bet it lives up in that clean air for a while. Can’t go wrong with the rest of the crew either – check it out, stay warm, and we’ll see what’s coming next time on the Best of.

The Wrong Side of Goodbye
Michael Connelly
DB 86195 / CL 16349
After thirty years with the LAPD, Harry Bosch is California’s newest private investigator. Bosch is soon hired by a reclusive billionaire to find the long-ago love of his life. Meanwhile–unable to leave cop work behind completely–Bosch volunteers for a tiny police department and tracks a serial rapist. Unrated. Commercial audiobook. Bestseller. 2016.

The Innocents
Ace Atkins
DB 85431 / CL 16314
Former cheerleader Milly Jones dies after she is found walking down the road engulfed in flames. Ex-Army Ranger and ousted sheriff Quinn Colson pairs up with old friend and acting sheriff Lillie Virgil to hunt down Milly’s killer. Violence, strong language, and some explicit descriptions of sex. 2016. Night School
Lee Child
DB 86175/ CL 16354
A younger military cop Jack Reacher receives a Legion of Merit medal and is then sent to “Night School” with two other men, one from the FBI and another from the CIA. Soon the trio learns that they’ve been selected for a covert mission. Unrated. 2016.