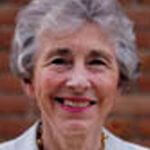 Barbara Logan is a former Mt. Lebanon Commissioner, former President of the Mt. Lebanon Library Board of Trustees, former President of the Friends of the Mt. Lebanon Public Library and has served on the boards of various other charitable institutions. She is an emerita member of the Board of Planned Parenthood and member of the Action Fund of Planned Parenthood. She was appointed to the Board of the Carnegie Library of Pittsburgh and the Carnegie Museums by County Executive Rich Fitzgerald.