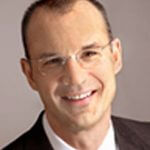 Bruce Kraus was born and raised on Pittsburgh’s South Side. He was an interior design consultant when he joined the South Side Chamber of Commerce. While serving as President of the Chamber of Commerce, he was appointed to Mayor Tom Murphy’s Graffiti Task Force, where he allied with local businesses and community groups to help remove unsightly vandalism from Pittsburgh’s buildings and streets. Mayor Murphy also appointed Bruce to the Clean Pittsburgh Commission – beginning a long and continuing dedication to transforming Pittsburgh into one of the greenest and cleanest cities in America.

In 2006, after an unsuccessful bid for the District 3 seat, Bruce returned a year later to take his seat as District 3 Councilman.

As Councilman, Bruce has been at the forefront of a number of key civil rights issues, including the passage of a progressive Allegheny County Human Relations Commission, designed to combat discrimination in housing, public accommodation and employment and the city’s first uniform Domestic Partner Registry.