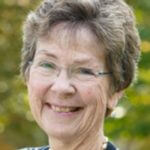 Cary Reed was born in Pittsburgh, raised in O’Hara Township and has lived in Squirrel Hill since 1979 with her husband Richard where they raised their children: Bennett, Charlotte (Carly) and Malcolm (Mac).  Now adults, all three children live in the East End of Pittsburgh.

During her career, she worked for Kirkpatrick Lockhart (now K&L Gates) as their paralegal administrator and as a travel consultant representing Ker & Downey Safaris guides.

While raising her family, Cary was active in their school communities, and began more community wide involvement as time permitted.

She is past president of The Pittsburgh Golf Club and Iron City Fishing Club in Ontario, Canada. She joined The Frick Art & Historical Center Board of Trustees in 2009, chaired community fundraising for the recent $15,000,000 capital campaign, served as chair of both the External Affairs Committee and Committee on Trustees and, from March, 2013 – March, 2017, served as Chair of the Board.

Cary has been a member of the Garden Club of Allegheny County since 2001 where she has been a board member and chair of both the Program and Grants Committees.

With a lifelong passion for reading, Cary has been a tutor both informally, and then as a volunteer with the Greater Pittsburgh Literacy Council which she joined in 2008 as a volunteer tutor and now also serves as a mentor tutor.  Cary has had a Carnegie Library card since her weekly visits to the Main Branch as a child with her mother.  All three of her children have done the same.