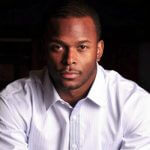 Mr. Allen attended The Ohio State University where he received his bachelor’s degree in Strategic Communications; he also received a certificate of completion in continuing education courses through the NFL Business Management and Entrepreneurial Programs at Harvard Business School and Kellogg School of Business.Mr Allen has also completed internships with utility company National Grid and also with Congressman Bobby Rush on the Energy and Power subcommittee.

Prior to founding Nascent Group Holdings, Mr. Allen was drafted by the Tampa Bay Buccaneers in 2004 and most recently played for the Pittsburgh Steelers. In 2015 Mr. Allen finished his NFL career after 12 successful seasons. In his collegiate years Mr. Allen was a member of The Ohio State 2002 National Championship team that beat the University of Miami. Mr. Allen’s  senior year he was named a consensus All- American.

Mr. Allen is involved in the community and in business. Currently, he serves on the advisory committee for Be A Middle School Mentor that serves middle school students in Allegheny County through the United Way of South Western PA. He also serves as a board member for the Shyne Awards Foundation. He serves on the Allegheny County and City of Pittsburgh’s Partner4Work(WIB) Board of Directors. He also serves on the City of Pittsburgh’s Advisory Board for Entrepreneurship & Start-Ups. He serves as a board member for Avenu. In addition to serving those community programs Allen established the Will Allen Foundation. The foundation provides tools and resources to Educate + Influence + Empower people in his surrounding community.  His business endeavors include investing in real estate, energy and technology companies.