Meet the Author: Banished from Johnstown 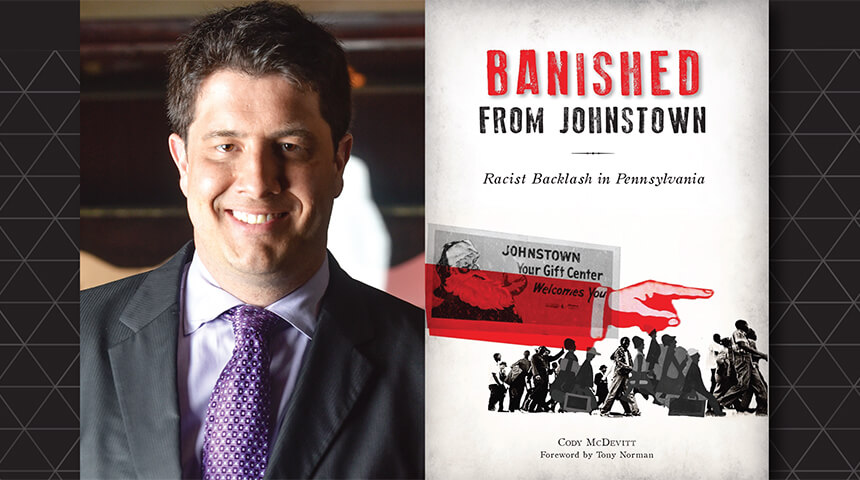 ** UPDATE: This program will take place in the CLP – Main (Oakland), Lecture Hall. **

In 1923, in response to the fatal shooting of four policemen, the mayor of Johnstown ordered every African American and Mexican immigrant who had lived in the city for less than seven years to leave. They were given less than a day to move or would face crippling fines or jail time and were forced out at gunpoint. An estimated 2,000 uprooted their lives in response to the racist edict. Area Ku Klux Klan members celebrated the creation of a “sundown town” and increased their own intimidation practices. Figures such as Marcus Garvey spoke out in Pittsburgh against it as newspapers throughout the country published condemnations.

Join us as author and journalist Cody McDevitt tells the story of one of the worst civil rights injustices in Western Pennsylvania history. Cody McDevitt is an investigative reporter based in western Pennsylvania. He has won a Golden Quill and awards from the Pennsylvania Newsmedia Association and the Pennsylvania Associated Press Media Editors Organization. He co-authored Pittsburgh Drinks: A History of Cocktails, Nightlife and Bartending Tradition and Banished from Johnstown: Racist Backlash in Pennsylvania. He works full-time for the Somerset Daily American. His work has appeared in Pittsburgh Quarterly, the Pittsburgh Post-Gazette, Table Magazine, Mt. Lebanon Magazine and on liquor.com.