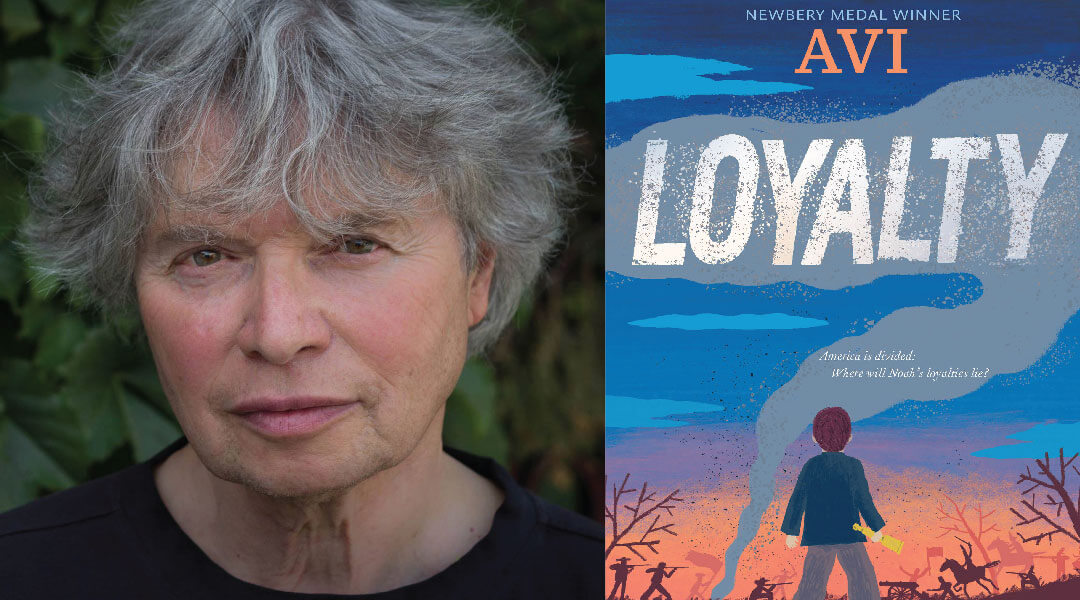 When his father is killed by rebel vigilantes, Noah flees with his family to Boston. Intent on avenging his father, Noah becomes a spy for the British and firsthand witness to the power of partisan rumor to distort facts, the hypocrisy of men who demand freedom while enslaving others, and the human connections that bind people together regardless of stated allegiances. Awash in contradictory information and participating in key events leading to the American Revolution, Noah must forge his own understanding of right and wrong and determine for himself where his loyalty truly lies.

The acclaimed author of more than 70 books, Avi began writing for young people when his son Shaun was born. Avi’s work spans nearly every genre and has received nearly every major prize including the Newbery award for Crispin: the Cross of Lead, Newbery Honors, Horn Book awards, the Scott O’Dell Award for Historical Fiction, and many children’s choice awards. Among his most popular books are Crispin, The True Confessions of Charlotte Doyle, Nothing but the Truth, the Poppy books, Midnight Magic, and The Fighting Ground.

This is a Pittsburgh Arts & Lectures event presented in partnership with Carnegie Library of Pittsburgh.

Only livestream tickets are being made available at this time. You will be notified when we make in-person seating available, and you will be able to sign up for the in-person event.