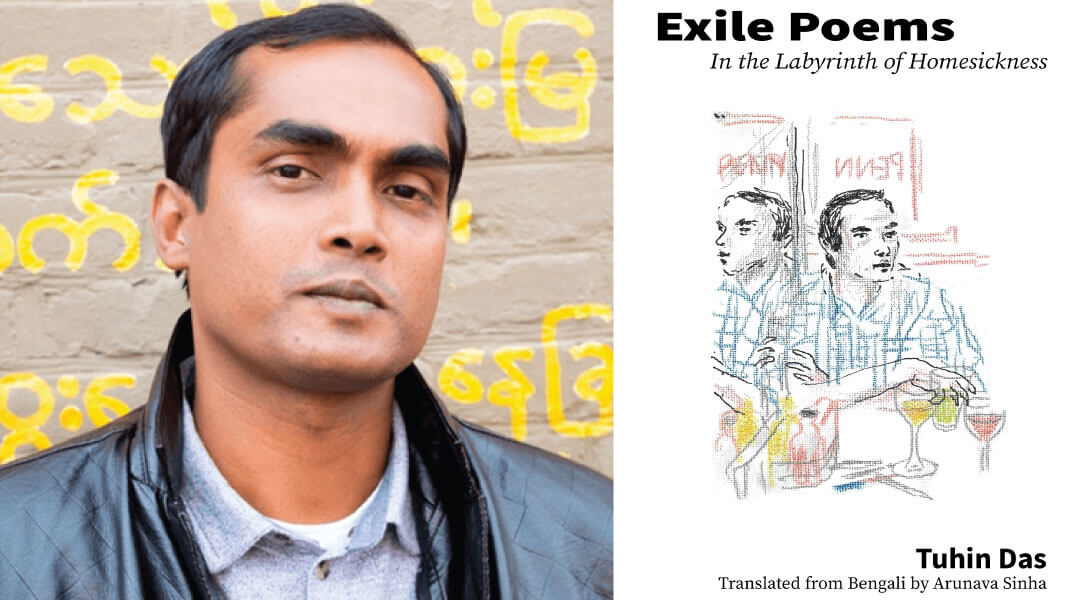 Tuhin Das is a Bengali poet, activist, political columnist, short story writer and essayist. His work is widely published in Bangladesh and West Bengal, India. He is the author of eight poetry books in his native language. Exile Poems: In the Labyrinth of Homesickness, translated from Bengali by Indian translator Arunava Sinha, comprises sixty-five poems written in Pittsburgh, Pennsylvania, after Das is forced to flee from his home in Barishal in 2016. These poems chronicle Das’s innermost thoughts, insuppressible fears, and poignant observations as he considers both places, the one he left behind and the one that offered him sanctuary. Das’s story is one of resilience, meditative self-reflection, and courageous rebellion as he navigates a new life in exile and continues to fight for freedom of expression.

Since 2013, Das has been the target of fundamentalist militant groups who have murdered secular writers and activists in Bangladesh. Instead of protecting him, the police collected and examined his writings for anti-Islamist statements to use against him. In order to save his own life, he had no choice but to go into hiding and find a way out of Bangladesh. Tuhin Das is currently an ICORN writer-in-residence of City of Asylum in Pittsburgh.

This is a Pittsburgh Arts & Lectures event presented in partnership with Carnegie Library of Pittsburgh.

This is a free event. Registration may also be completed by email at info@pittsburghlectures.org or by phone at 412.522.8866.

At this time, all in-person attendees must be fully vaccinated or present a recent negative COVID-19 test. Masks must be worn by everyone for the duration of their visit. You will need to bring proof of vaccination or negative COVID-19 test, photo ID, and mask. Find detailed entry requirements at pittsburghlectures.org/welcome.