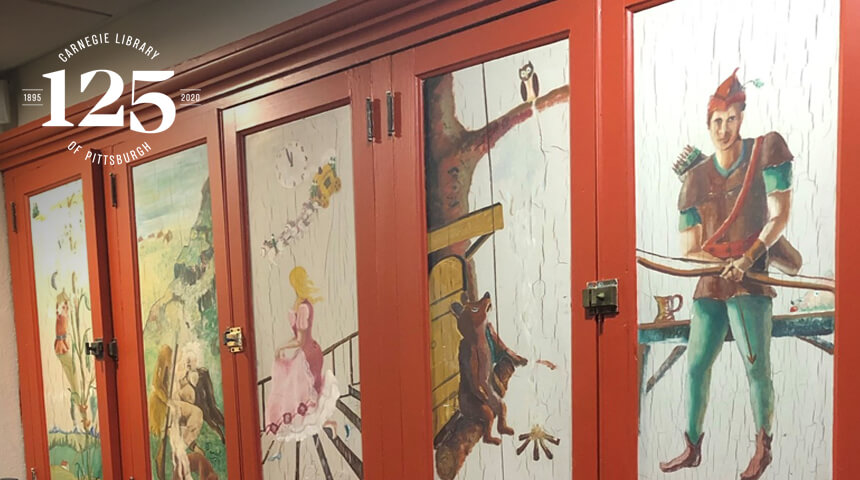 In 1898, Carnegie Library of Pittsburgh – Main established the first organized Children’s Department in a public library. On October 1, 1900, it greeted five students as a training school for children’s librarians. Though the training has moved to the University of Pittsburgh’s Library and Information Sciences program, CLP has helped to nurture budding librarians ever since.

Carnegie Library of Pittsburgh also has a proud history of supporting local children’s authors. And, bringing that history full circle, some of those authors have also been children’s librarians!

Check out some of the children’s authors who’ve graced the shelves over the years–and here’s hoping there will be many more. 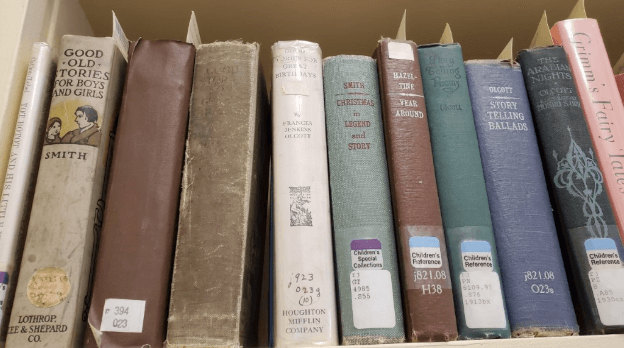 Frances Jenkins Olcott (1872-1963). The first librarian to head the Children’s Department and to provide training to children’s librarians, she also authored anthologies of children’s folktales.

Elva S. Smith (1871-1965). A Head of the Boys and Girls Room (now the Children’s Department) as well as a professor of children’s literature, she is best known for “The History of Children’s Literature.”

Margaret Hodges (1911-2005). A talented storyteller, librarian and prolific author of folktale adaptations, she is best known for the Caldecott Award-winning “Saint George and the Dragon.”

Margaret Mary Kimmel (1938-2014). A storyteller, librarian, and professor at the University of Pittsburgh’s Library and Information Sciences program, she is known for “Magic in the Mist” (whose protagonist bears a remarkable resemblance to a certain boy wizard).

Sally Hobart Alexander The author of several memoirs about her experiences as a blind woman, she is also known for “She Touched the World: Laura Bridgman, Deaf-Blind Pioneer.”

Jonathan Auxier The Canadian-born current Pittsburgher is the author of several acclaimed fantasy novels, most notably “Peter Nimble and His Fantastic Eyes” and “The Night Gardener.”

Katherine Ayres A professor at Chatham University, she is known for “Up, Down, and Around,” which was a selection of the One Book, Every Young Child program.

Dave Crawley The poet and KDKA newscaster is known for his humorous rhymes, featured in such picture books as “Cat Poems.”

Kate Dopirak (1975-2018). Pittsburgh native and author, Dopirak was the creator of such fun, gentle books as “Snuggle Bunny.”

Sharon Flake Her novels for kids and teens, featuring complex Black characters, include the acclaimed teen titles “The Skin I’m In” and its recent sequel, “The Life I’m In.”

Jack Gantos The author of the beloved “Joey Pigza” books and the Newbery Award-winning “Dead End in Norvelt” was born in the Pittsburgh area.

Megan McDonald A children’s librarian at CLP – Main from 1986 to 1990 as well as a native Pittsburgher, she is known for the popular “Judy Moody” series.

Robert Munsch The prolific picture book author, born and raised in Pittsburgh, is perhaps best known for his over-the-top ode to motherly love, “Love You Forever.”

Rebecca O’Connell A former children’s librarian at CLP – Main and CLP – Squirrel Hill, she is best known for her bright, bustling baby board books (like the one that goes “Beep“).

Jonah Winter Though he currently lives in New York, the prolific author of picture book biographies lived in Pittsburgh for a spell. His biographies focus on artists and athletes, such as “Roberto Clemente: Pride of the Pittsburgh Pirates.”

For more information about CLP’s evolution over the past 125 years, check out our timeline and archives!

Explore 125 Years at the Library