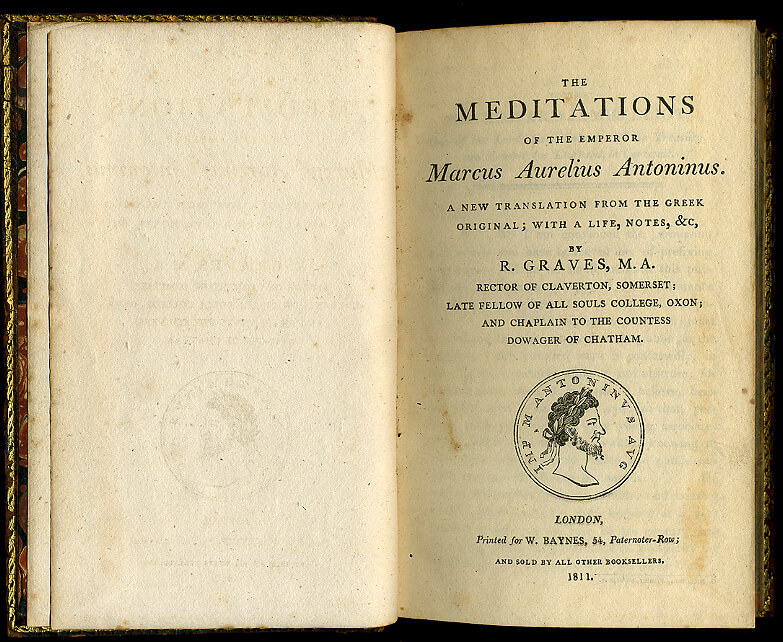 Marcus Aurelius is probably most commonly famous for being the Emperor that gets killed by a conniving Joaquin Phoenix in Gladiator.  This lack of good knowledge of Marcus Aurelius would not surprise him, in fact he would be astonished that we are still reading his private journal, Meditations, almost two millennia later.

Marcus was a Stoic.  And no, not a Clint Eastwood show-no-emotion-stoic, but a follower of the Stoic philosophy.  He is also, through his journal, one of the last Roman writers we have on the philosophy. Marcus writes short pithy passages that lay out what he wants to do in life.  One of his most famous is this:

“Begin each day by telling yourself: Today I shall be meeting with interference, ingratitude, insolence, disloyalty, ill-will, and selfishness – all of them due to the offenders’ ignorance of what is good or evil. …”

It goes on in depth but that would make this short article too long.  As you can tell from the quote Stoic is different from stoic. The Stoics try to minimize the bad emotions and other negative parts of life.  They look at the parts of life over which we have no control and see that: by and large it is our reaction to events that make us feel poorly, not the events themselves.

The amazing part, the part that you must keep in mind reading this man’s journal, is that in his world he was literally the most powerful man.  He was worshiped as a god in the Empire. The Roman emperors from Nero, to Caligula, to Marcus’s son Commodus are not known for restraint or even sanity.  It is one of these men, who advocates restraint and kindliness.

I’m going to wrap this up with a quote from him I think we can all appreciate.

“At dawn, when you have trouble getting out of bed, tell yourself: “I have to go to work — as a human being. What do I have to complain of, if I’m going to do what I was born for — the things I was brought into the world to do? Or is this what I was created for? To huddle under the blankets and stay warm?”