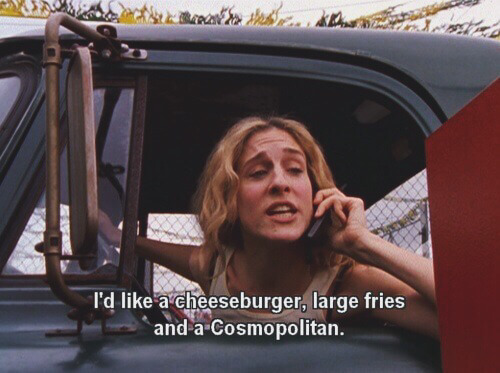 June 6th, 1998 was like any other Saturday at the end of the millennium. Bill Clinton was president, people were jamming out to Brandy and Monica’s “The Boy is Mine,” and no one would stop talking about that Kate and Leo scene in Titanic. But things were about to change that evening, thanks to a little HBO show called “Sex and the City.” The show was based on Candace Bushnell’s book of the same name, a collection of sex and dating columns she had written for The New York Observer in the mid-90s.

Sex and the City brought us so many great things: an appreciation for the Cosmo, a willingness to listen to women talking to other women about “female” stuff aka relationships/jobs/clothes/family/oh wait that’s just human stuff, great comedic actresses, so much fashion inspiration, and a roster of guest stars that reads like a who’s who of late 90s/early 2000s pop culture. We may have said goodbye to Carrie, Samantha, Miranda, and Charlotte years ago, but I can revisit some of my favorite guest stars through their literary work: In his debut novel, actor Duchovny tells the story of Elsie, a cow who inadvertently learns about the meat industry and sets off on a globe-spanning adventure with her friends: Jerry, a Torah-reading pig, and Tom, a sophisticated turkey. Some strong language. 2015.

Emmy- and Tony Award-winning actor reflects on growing up with an abusive father, his years in show business, and the family secrets and stories that were revealed when he agreed to be on an episode of the genealogy show Who Do You Think You Are. Strong language. Bestseller. 2014.