This isn’t your average, dystopian, end-of-the-world teen girl hero story. But that is what you may think during the first couple of chapters, especially because that’s what Juneau, our hero, believes. Well, she doesn’t believe the hero part, at least, not yet.

Juneau and the other children of her clan have been told that World War III ravaged the world and left few survivors. They have endured by living off of the land and hiding from whatever and whoever may be left in the Alaskan wilderness. They are trained in hunting, wilderness survival and defensive maneuvers. In addition, Juneau receives special training. She is to become her clan’s next Sage, the spiritual and magical leader of her people.  As such, she is instructed in the magical rituals that deepen her clan’s connection to Yara – a mystical nature-force that guides their lives.

One day, when Juneau returns from hunting, she discovers her clan has vanished without a trace. Although she has been told all of her life to never go beyond the boundaries her elders have set for the protection and survival of the clan she leaves her village to find them. And what she finds rocks her belief system to her core.

The world was not destroyed in World War III. There are people all over the country, thriving and living. She is unprepared for cars, technology and even telephones. She is angry and hurt about this deception but she sticks to her original purpose – finding her people. She clings to the belief that once she locates her people all of her questions will be answered. Of course, finding a group of people in the modern world is slightly beyond her tracking skills. Lucky for her she is guided in her quest by Yara and the people that Yara leads her to.

Does she reconnect with her tribe? Is she able to reconcile the world as she thought it was with the way it is? Has she been betrayed by her clan or is there a good reason she and her friends have been deceived? 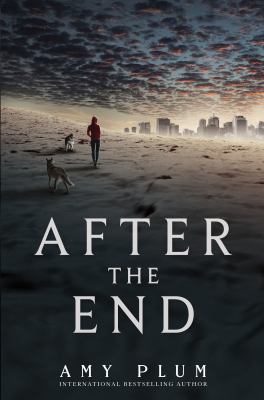 Michael Grant’s Gone series meets M. Night Shyamalan’s The Village in this riveting story of one girl’s journey to save the very people who have lied to her for her entire life. Amy Plum, international bestselling author of the Die for Me series, delivers a fast-paced adventure perfect for fans of Marie Lu, Veronica Rossi, and Robison Wells.

Juneau grew up fearing the outside world. The elders told her that beyond the borders of their land in the Alaskan wilderness, nuclear war had destroyed everything. But when Juneau returns from a hunting trip one day and discovers her people have been abducted, she sets off to find them. And leaving the boundaries for the very first time, she learns the horrifying truth: World War III never happened. Nothing was destroyed. Everything she’d ever been taught was a lie.

As Juneau comes to terms with an unfathomable deception, she is forced to survive in a completely foreign world, using only the skills and abilities she developed in the wild. But while she’s struggling to rescue her friends and family, someone else is after her. Someone who knows the extraordinary truth about her secret past.