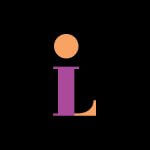 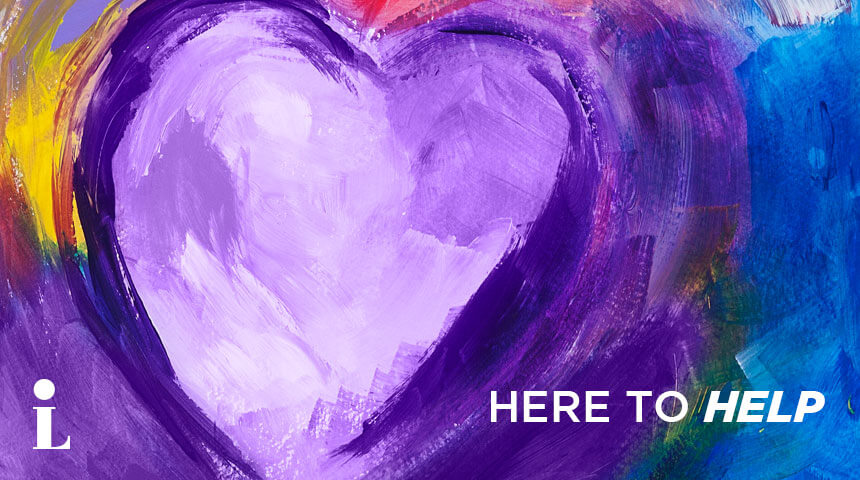 How did we get here and what can we do to create change? Reading is one way to examine our current reality and seek new ways of being.

We can read books that detail the history of racism and memoirs that open our eyes to other people’s lives and experiences. Books of essays may offer insights and advice.

Start with the books on this list or make your own must-read list—whatever you choose, we’re happy to help.

America’s Original Sin : Racism, White Privilege, and the Bridge to a New America

Wallis offers a prophetic and deeply personal call to action in overcoming the racism so ingrained in American society. He speaks candidly to Christians–particularly white Christians–urging them to cross a new bridge toward racial justice and healing. Whenever divided cultures and gridlocked power structures fail to end systemic sin, faith communities can help lead the way to grassroots change. Probing yet positive, biblically rooted yet highly practical, this book shows people of faith how they can work together to overcome the embedded racism in America, galvanizing a movement to cross the bridge to a multiracial church and a new America. You can also check out this title as eAudio on Hoopla and as eBook on Overdrive/Libby.

Based on years of deep immersion in previously classified FBI files and on extensive interviews, Bring the War Home tells the story of American paramilitarism and the birth of the alt-right. Kathleen Belew gives us the history of a movement that consolidated in the 1970s and 1980s around a potent sense of betrayal in the Vietnam War and made tragic headlines in Waco and Ruby Ridge and with the Oklahoma City bombing and is resurgent under President Trump. You can also check out this title as eAudio on Hoopla.

Claudia Rankine recounts mounting racial aggressions in ongoing encounters in twenty-first-century daily life and in the media. Some of these encounters are slights, seeming slips of the tongue, and some are intentional offensives in the classroom, at the supermarket, at home, on the tennis court with Serena Williams and the soccer field with Zinedine Zidane, online, on TV – everywhere, all the time. You can also check out this title as eBook on OverDrive/Libby or as eAudio on Hoopla.

The Color of Law: A Forgotten History of How Our Government Segregated America

Richard Rothstein, a leading authority on housing policy, explodes the myth that America’s cities came to be racially divided through de facto segregation–that is, through individual prejudices, income differences, or the actions of private institutions like banks and real estate agencies. De jure segregation–the laws and policy decisions passed by local, state, and federal governments–promoted the discriminatory patterns that continue to this day. Through extraordinary revelations and extensive research Rothstein expands our understanding of this history, showing how government policies led to the creation of officially segregated public housing and the demolition of previously integrated neighborhoods. You can also check out this title as eBook on OverDrive/Libby or as eAudio on Hoopla.

From #BlackLivesMatter to Black Liberation

In this stirring and insightful analysis, activist and scholar Keeanga-Yamahtta Taylor surveys the historical and contemporary ravages of racism and persistence of structural inequality such as mass incarceration and Black unemployment. In this context, she argues that this new struggle against police violence holds the potential to reignite a broader push for Black liberation. This title is also available as an eBook and as eAudio on Hoopla, and as eAudio and eBook on Libby/Overdrive.

Have Black Lives Ever Mattered?

Mumia Abu-Jamal gives voice to the many people of color who have fallen to police bullets or racist abuse, and offers the post-Ferguson generation advice on how to address police abuse in the United States. This collection of his radio commentaries on the topic features an in-depth essay written especially for this book to examine the history of policing in America, with its origins in the white slave patrols of the antebellum South and an explicit mission to terrorize the country’s Black population.  This title is also available as an eBook on Hoopla, and as an eBook on Overdrive.

How to Be an Antiracist

An essential work for anyone who wants to go beyond the awareness of racism and contributing to an equitable and just society. You can also check out this title as eBook on OverDrive/Libby or as eAudio on OverDrive/Libby.

Me and White Supremacy

Originally an online workbook initiated through a social media challenge, Saad’s updated and expanded edition teaches readers how to dismantle the privilege within themselves so that they can stop unconsciously inflicting damage on people of color, and in turn, help other white people do better, too. This title is also available as an eBook on Hoopla and as an eBook or eAudio on Libby/Overdrive.

Mindful of Race: Understanding and Transforming Habits of Harm

Exploring a crucial topic seldom addressed in meditation instruction, this revered teacher takes to her pen to shine a compassionate, provocative, and practical light into a deeply neglected and world-changing domain profoundly relevant to all of us. King helps readers of all backgrounds examine with fresh eyes the complexity of racial identity and the dynamics of oppression. She offers guided instructions on how to work with our own role in the story of race and shows us how to cultivate a culture of care to come to a place of greater clarity and compassion. You can also check out this title as eAudio on Hoopla and as eBook on Hoopla.

My Grandmother’s Hands: Racialized Trauma and the Pathway to Mending Our Hearts and Bodies

The body is where our instincts reside and where we fight, flee, or freeze, and it endures the trauma inflicted by the ills that plague society. Menakem argues this destruction will continue until Americans learn to heal the generational anguish of white supremacy, which is deeply embedded in all our bodies. My Grandmother’s Hands is a call to action for all of us to recognize that racism is not about the head, but about the body, and introduces an alternative view of what we can do to grow beyond our entrenched racialized divide. You can also check out this title as eBook on Hoopla.

The New Jim Crow: Mass Incarceration in the Age of Colorblindness

Despite the triumphant dismantling of the Jim Crow Laws, the system that once forced African Americans into a segregated second-class citizenship still haunts America, the US criminal justice system still unfairly targets Black men and an entire segment of the population is deprived of their basic rights. Outside of prisons, a web of laws and regulations discriminates against these wrongly convicted ex-offenders in voting, housing, employment and education. Alexander here offers an urgent call for justice. You can also check out this title as eBook on OverDrive/Libby, as eAudio on OverDrive/Libby, as eBook on Hoopla or as eAudio on Hoopla.

So You Want to Talk About Race

Oluo provides a concise guide to honest and confident conversations about race and racism in every aspect of American life, while empowering all readers to become active in dismantling racial injustice. You can also check out this title as eBook on OverDrive/Libby, as eAudio on OverDrive/Libby or as eAudio on Hoopla.

Stamped From the Beginning: The Definitive History of Racist Ideas in America

Some Americans insist that we’re living in a post-racial society. But racist thought is not just alive and well in America–it is more sophisticated and more insidious than ever. And as award-winning historian Ibram X. Kendi argues, racist ideas have a long and lingering history, one in which nearly every great American thinker is complicit. In this deeply researched and fast-moving narrative, Kendi chronicles the entire story of anti-black racist ideas and their staggering power over the course of American history. You can also check out this title as eBook on OverDrive/Libby, as eAudio on OverDrive/Libby or as eAudio on Hoopla.

On August 14, 2014, five days after the fatal shooting of Michael Brown ignited race riots throughout the city of Ferguson, Missouri, the nation found an unlikely hero in Captain Ron Johnson of the Missouri Highway Patrol. Charged with the Herculean task of restoring peace between a hostile African American community and the local police, Johnson, a 30-year law enforcement veteran and an African American, did the unthinkable; he took off his bullet-proof vest and joined the protesters.The 13 days and nights that followed were the most trying of Johnson’s life–professionally, emotionally, and spiritually. You can also check out this title as eBook on Hoopla and as eBook on Overdrive/Libby.

What Doesn’t Kill You Makes You Blacker: A Memoir in Essays

For Damon Young, existing while Black is an extreme sport. The act of possessing black skin while searching for space to breathe in America is enough to induce a ceaseless state of angst where questions such as “How should I react here, as a professional black person?” and “Will this white person’s potato salad kill me?” are forever relevant. “What Doesn’t Kill You Makes You Blacker” chronicles Young’s efforts to survive while battling and making sense of the various neuroses his country has given him. You can also check out this title as eAudio on Hoopla, as eAudio on OverDrive/Libby or as eBook on OverDrive/Libby.

When They Call You a Terrorist: A Black Lives Matter Memoir

Patrisse Khan-Cullors, co-founder of “Black Lives Matter,” explains the reasons behind the movement and the women who are dedicated in the fight for justice and equality. This title is also available as eAudio on Hoopla, or as eBook or eAudio on Libby/Overdrive.

White Fragility: Why It's So Hard to Talk to White People about Racism

Educator DiAngelo explores how white fragility, which is characterized by assertive emotions and defensive behaviors displayed when white people are challenged racially, develops and how it protects ongoing racial inequality. The perfect book for white people who need to understand their emotional reactions to race discussions.  The guide provides vital information for fighting injustices, written by a scholar and diversity trainer. This title is also available on Overdrive/Libby as eBook or eAudio.

Who Do You Serve, Who Do You Protect?: Police Violence and Resistance in the United States

This collection of reports and essays (the first collaboration between Truthout and Haymarket Books) explores police violence against black, brown, indigenous and other marginalized communities, miscarriages of justice, and failures of token accountability and reform measures. It also makes a compelling and provocative argument against calling the police. You can also check out this title as eBook on Hoopla.