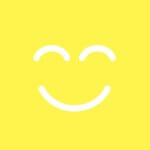 It is award season and not only are films up for Oscars, but newly released anime series are up for recognition in the fourth annual Crunchyroll Anime Awards. If you are an anime/manga fan or new to the genre, these series were among the most popular in 2019.

For some background, anime and manga refer to Japanese animated series and serialized Japanese comics respectively. Crunchyroll is an American Anime distributor that licenses and hosts anime on their website. The awards are determined by fans voting and though the voting period for the 2020 awards has closed, interested fans can watch the award show live on February 15th, at 8pm EST. The award show will be available to watch on Crunchyroll’s home page, Facebook, Youtube and Twitch Pages. Many of the titles nominated are available as manga or anime in our catalog.

My Hero Academia is a massively popular shounen(a series targeted at teen boys) manga for teens which is still being serialized and has been adapted into an ongoing seasonal anime. My Hero Academia season 4 of the animated series has been nominated for Best Antagonist and is a returning winner from previous years.

One Punch Man is not your ordinary superhero manga series, it is primarily aimed at adults and satirizes many of the tropes found in superhero media. The series began as a webcomic but has since been adapted into both a serialized manga and anime. One Punch Man season 2 of the animated series has been nominated for Best Protagonist and Best Antagonist. One Punch Man‘s original webcomic creator is simply known as ONE, and is also the creator of another award nominated thriller series Mob Psycho 100 which has been nominated for Anime of the Year, Best Director, Best Animation, and Best Fight Scene.

Attack on Titan has been referred to as “Japan’s Walking Dead,” this incredibly popular action and horror manga is still being serialized and has spawned a prequel series, a chibi(a simplified drawing style used for comedy shorts) spin-off series, live action movie and theme park. Season 3 of the Attack on Titan anime is nominated for Best Animation, Best Director, Best Score, Best Fight Scene, Best Couple(the first nominee in our catalog to do so with an LGBTQ couple), and Best Fantasy.

More lighthearted nominations include the new anime adaptation of the popular shoujo(a series targeted at teenage girls) manga Fruits Basket, its nominations include Best Protagonist and Best Drama. Fruits Basket was originally adapted into an animated series in 2001 during the original run of the manga. As can often happen when a popular manga is adapted before the series has finished, the anime quickly caught up to the content that had been released in the manga and lacking for source material, the series diverged. This new series of Fruits Basket began airing in 2019 with renewed animation but a returning voice cast and aims at faithfully adapting the entire manga series.

Tune into the Crunchyroll Anime Awards at February 15th, at 8pm EST to find out which series win and check out these and other anime and manga from the library anytime.

Several hundred years ago, humans were nearly exterminated by giants. Giants are typically several stories tall, seem to have no intelligence and who devour human beings. A small percentage of humanity survived barricading themselves in a city protected by walls even taller than the biggest of giants. Flash forward to the present and the city has not seen a giant in over 100 years – before teenager Eren and his foster sister Mikasa witness something horrific as the city walls are destroyed by a super-giant that appears from nowhere

In Taisho-era Japan, Tanjiro Kamado is a kindhearted boy who makes a living selling charcoal until his peaceful life is shattered when a demon slaughters his family and turns his sister into another demon, forcing Tanjiro on a dangerous journey to destroy the demon and save his sister.

Tohru Honda has never fit in, she has always been the rice ball in the fruits basket but she is determined to make it by, even after the death of her mother leaves her orphaned. She is taken in by the mysterious Sohma family, all of whom suffer from an ancient curse that turns them into the Chinese Zodiac animals. She finally finds a place to belong with the Sohmas as she searches for a way to break the family curse.

Shigeo Kageyama is your average middle-school student, so average in fact that almost no one notices him, but there is more to him than meets the eye. Shigeo is actually an extremely powerful esper, or ESP user with a lot of psychic ability. He wants to live a normal life but with his power growing and increasing emotional turmoil, his chances at normalcy continue to dwindle.

After saving his friend from a villain, Izuku Midoriya is bestowed with his own superpower, or “quirk,” and admitted to a high school that cultivates the next generation of heroes.

Emma and the other orphans of Grace Field House live peaceful lives. They spend their days exploring, playing and waiting to be adopted, but when one orphan who was supposed to be adopted away is found dead, Emma and the other soon realize that something dark and sinister is going on at the orphanage and the only way to stay alive is to escape.