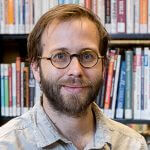 “What are all those people doing?” This might be a question you get from a child who sees a protest in the news.  Sometimes we see events happening, and we wonder how we’ll talk to our kids about them. They seem complicated or too political or maybe dangerous and we might think that we’ll talk about it when they’re older. But even when we don’t know how to explain something, we can sometimes turn to a book to help start the conversation. This is a list of books that could start a discussion about something kids might wonder about – protests.

Click, Clack, Moo: Cows that Type by Doreen Cronin is the story of Farmer Brown’s cows who, feeling a bit cold in the barn, type a letter requesting blankets.  But Farmer Brown decides to take a stand and not give any cows any electric blankets.  So, the cows go on strike.  No milk today!

The Day the Crayons Quit by Drew Dewalt also starts with a letter, this time to Duncan from The Crayons.  Each crayon writes Duncan their own letter to give him some feedback about how they feel when Duncan uses them.  Red feels upset that he has to work on holidays (think Valentine’s Day AND Christmas).  Beige is sad because he never gets used.  Black only gets to draw outlines.  Even dutiful crayons have feelings!

This Land is Your Land illustrated by Kathy Jakobsen brings images to the words of the song written by Woody Guthrie.  This well-known song speaks to the splendor and vastness of America by listing the great features of the country.  What is less well known is that the song meant to rally the feeling that America is meant for everyone, not just the ones with money or means.  One of the later verses says “As I went walking I saw a sign there/And on the sign it said No Trespassing/But on the other side it didn’t say nothing/That side was made for you and me”

Another good book is Lillian’s Right to Vote by Jonah Winter.  Lillian, who is 100 years old, lives in the Hill District in Pittsburgh and every election day makes the climb up the hill to her polling place.  As she walks, she remembers the difficult journey her parents and grandparents had in their times when they tried to vote, and how the important Voting Rights Act is to her and millions of other Americans who protested for the right to vote.

I’m also going to mention the March Trilogy by John Lewis for teen readers.  This three book graphic novel series shows the struggle for civil rights in the 1960s.  John Lewis, now a U.S. representative, was involved in the movement as chairman of the the Student Non-violent Coordinating Committee.  He helped organize people to protest segregation in non-violent ways like sit-ins, marches and rallies. 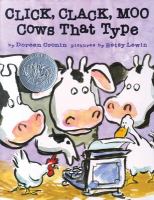 When Farmer Brown’s cows find a typewriter in the barn they start making demands, and go on strike when the farmer refuses to give them what they want. 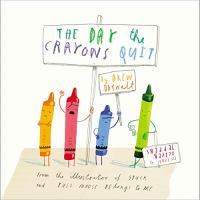 The Day the Crayons Quit

When Duncan arrives at school one morning, he finds a stack of letters, one from each of his crayons, complaining about how he uses them. 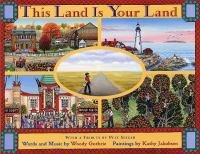 This Land Is Your Land

This well-known folk song is accompanied by a tribute from folksinger Pete Seeger, the musical notation, and a biographical scrapbook with photographs.