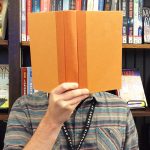 Chappaquiddick : power, privilege, and the Ted Kennedy cover-up offers an opportunity to revisit an historical tragedy sidelined and marginalized by the epic event of NASA’s successful spaceflight and landing of humanity on the Moon. The actors on the stage are brought back to life in revisiting the effects of power, politics, and personalities combined through misadventure and great misfortune on Chappaquiddick in July of 1969.

This is the damning true story of the death of campaign strategist Mary Jo Kopechne at Chappaquiddick and of the senator–37-year-old Senator Ted Kennedy–who left her trapped underwater while he returned to his hotel, slept, and made phone calls to associates. It is the story of a powerful, privileged American man who was able to treat a woman’s life as disposable without facing real consequences. And it is the story of a shameful political coverup involving one of the nation’s most well-connected families and its network of lawyers, public relations people, and friends who ensured Ted Kennedy remained a respected member of the Senate for forty more years.