“he was nothing heroic….and yet the greatest hero.”

The more I read biographies, the more I find that this quote could be applied to many of our greatest historical figures. I’m drawn to the genre because reading someone’s life story reminds me that all individuals matter, and many of the most important have emerged from humble beginnings.

Grant, the latest book from Ron Chernow, who has gained much popularity as of late for the musical based on his other work Hamilton, is a dramatic and captivating account of the life of our 18th President, Ulysses S. Grant. The work accomplishes the goals of putting Grant’s faults in perspective as well as showing his huge, and often overlooked accomplishments during his two-term presidency. Grant led the Union Army to victory in the Civil War under the guidance of Abraham Lincoln, and the chapters of the book that cover the battles and other events that culminate in the victory are particularly enthralling. Before he reached his legendary war hero status however, Grant was a vagabond drifter who was failing at all his many endeavors. He had a troubled military career and was losing money in his attempts at business. Chernow clarifies and contextualizes Grant’s problem with alcohol and sets the record straight on his misinformed judgments of the way he waged war. Grant secured victory through smarts and tenacity, rather than throwing large numbers of men at the enemy. The book also illustrates how Grant, as the president, fulfilled his mission to preserve the Union and protect the freed slaves.

For me, the life of Ulysses S. Grant is one to be admired. He is the embodiment of enduring hard times and persevering to reach your higher purpose. Time and again he proved that decency and tolerance of others keeps your character intact, even when some would try and delegitimize it. Ron Chernow has long been my favorite author, and I encourage anyone with an interest in history to check out his many great works. Grant is certainly not to be missed, and I hope that all who read it become further educated and inspired by this truly great American. 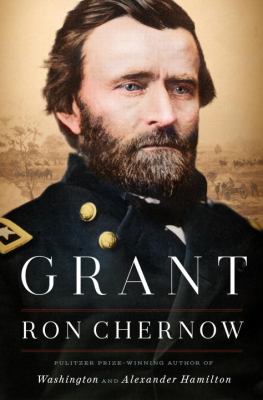 Pulitzer Prize winner Ron Chernow returns with a sweeping and dramatic portrait of one of our most compelling generals and presidents, Ulysses S. Grant.