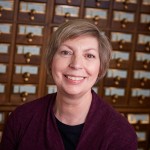 Here we are, in the deepest part of winter. To my mind, that means it’s the perfect time to imagine that it’s a warm, sunny spring day, and I’m sitting in the bleachers watching America’s favorite pastime. With Black History month on our doorstep, I’m especially happy to have found a great book that not only put me at the ballfield, but also took me on a journey through Pittsburgh’s Black History in baseball. There’s plenty of sports trivia to be learned from the story of Lucky Bats, written in a conversational style by Elijah D. Miller and Kevin Kirkland. This book of reminiscences covers all the bases of Black history in both amateur and professional baseball, told by someone who actually witnessed it from the 1910s to the 2010s! From his early career as a player on the Homestead Red Legs, an integrated team that played exhibition games against other steel mill’s teams, through his position as the backup batboy for the Negro League’s famed Homestead Grays, Elijah encountered many Pittsburgh sports greats and witnessed plenty of history-making events. Big name Grays’ players like Satchel Paige and Josh Gibson nicknamed Elijah “Lucky” because they thought he brought them good luck when he handed them a bat. He became friends with, or watched many other sports figures of the times. Renowned places, teams and sports figures are remembered too, such as Forbes Field, The Pittsburgh Crawfords, Jackie Robinson, and Roberto Clemente. Eventually, Lucky himself became part of Pittsburgh’s Black history, when he gained the attention of local autograph seekers and sports historians just a few years ago, even being honored at a 2012 Heroes Game.

Lucky’s story is illustrated with collages blending old photos with new pictures by J. Monroe Butler III that bring baseball history in Pittsburgh to life on the printed page. The book reveals not only the role that baseball played in the advancement of Black baseball players, but puts Pittsburgh’s place in that history in perspective. Its local references to places like steel mills and baseball fields, intriguing baseball trivia and photos that draw the reader into the scene make this a book to delve into again and again.

Elijah “Lucky” Miller, an African American who served as the Homestead Gray’s backup batboy for 18 years, recalls his lifelong association with baseball and the Negro leagues.