If you’re like me, you’ve grown more than impatient waiting for the next update in the “Game of Thrones” book series and TV show.  Fortunately, there are plenty of stories in history just as intriguing, juicy and fun to read about, even if the only dragons are on flags.

These three books are a great place to get your medieval intrigue fix.  They’re smart, modern, and read like novels, not textbooks. “The Plantagenets” introduces us to England’s most dysfunctional ruling family.  Watch Henry II’s four sons fight against their father–and each other!

“The Wars of the Roses” is by the same author, Dan Jones, and essentially picks up where “The Plantagenets” ends.  Here we see a true “cousin vs. cousin” war as England’s elite tear each other apart for the throne.  Battles, murder, and accusations of incest and adultery abound in a family feud for the ages. It’s easy to see why George RR Martin cited this period as one his inspirations for Game of Thrones!

Finally, “Tudor” by Leanda DeLisle gives us a guided tour of the intrigue, scandal, spycraft and war that make the Tudor monarchs so fascinating (and the subject of their own TV show).  Henry VIII and his collection of wives are here, but did you know that Henry’s great-grandfather was a household servant who secretly married a princess?  During their spare time, the Tudors created a measure of stability in England, and laid the earliest groundwork for the modern world…..

I hope you’ll enjoy these books as much as I did.  The stories within are as strange and wonderful as any in fiction.  Because in the English game of Thrones, you either win…..or get exiled to France! 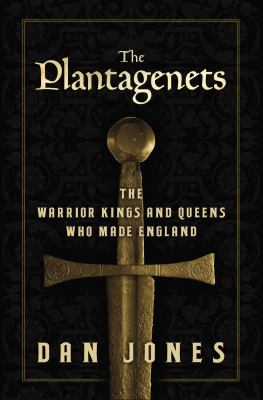 The Plantagenets : the warrior kings and queens who made England / Dan Jones.

History that is as strange, fun, and readable as any novel.  Meet the Plantagenets, a notoriously quarrelsome family of French nobles who, by luck, battle and intrigue, rise to become the most famous ruling house of the Middle Ages.  In the hands of author Dan Jones, these long dead schemers come to vivid life again on the page: Henry II and his unhappy wife Eleanor of Aquitaine, their sons Richard, the famous Crusader, and John, whose slipperiness and unpopularity are preserved forever in the Robin Hood legends.

As well as being entertaining and easy to read, this book serves as a useful introduction to the medieval England, and can serve as a base for further study.  Extensive footnotes help flesh out the story for those who want to learn more. 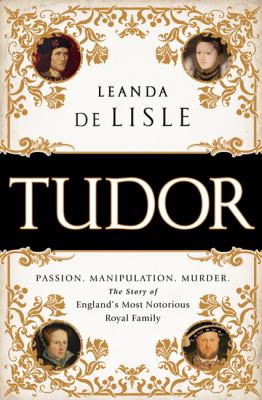 A fun, novelistic, yet serious look at Britain’s most notorious royal dynasty.  All the personalities, scandals, battles and intrigues are discussed.

Henry VIII is here, but he isn’t the only Tudor with skeletons in the closet!  This book is a particularly good source for the early Tudors who lived and fought before the family took the throne….their unlikely rise is as entertaining a read as any fantasy novel.  The last half of the book is a good introduction to the family’s long sunset under the famed Queen Elizabeth I.  This book stands alone well, and is also a good introduction to more serious study. 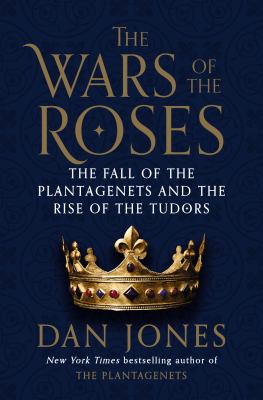 The Wars of the Roses : the fall of the Plantagenets and the rise of the Tudors / Dan Jones.

An exciting, page-turning review of the famous “War of the Roses”, which brought the Middle Ages to an end in England, put the Tudors on the throne, set the stage for the Renaissance and Reformation, and partially inspired George R.R. Martin’s “Song of Ice and Fire” series.  Reads like a novel, but has copious footnotes for those interested in further study.