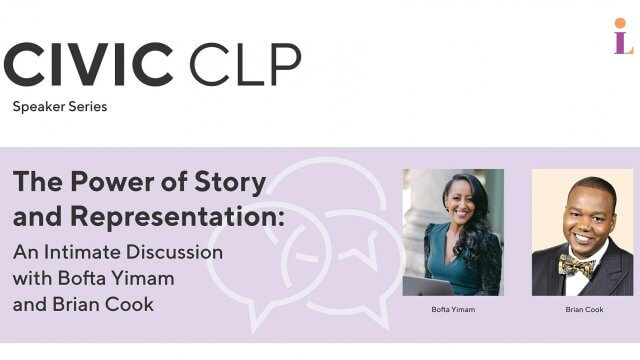 It is essential for people of all backgrounds and experiences to learn the power of embracing their story and the importance of storytelling – no matter their niche. During a time of increasing polarization and political divides, it’s important to learn from the Black journalists and writers who pioneered the news world through extraordinary odds, as we explore how this fast-paced evolving news landscape has continued to raise awareness today on biases and inequity of representation.

In October 2019, Letrell Crittenden (Program Director and Assistant Professor of Communication at Thomas Jefferson University) released a report “about the racism and diversity problems in Pittsburgh media and the city […] Based on interviews with journalists, Crittenden’s report found that reporters of color here ‘have a much lesser quality of life both inside and outside of the newsroom.’ It follows a previous report he conducted [in 2016] that found Pittsburgh newsrooms gave little thought to diversity in their news coverage or in their newsrooms.” (Source: NEXTpittsburgh).

In the 2016 report, surveys were sent out to 24 local newsrooms within the Pittsburgh region, and asked questions related to three areas — newsroom diversity, diversity recruitment, and ethics and diversity:

If you’d like to discuss these and related issues, the Library is hosting The Power of Story and Representation: An Intimate Discussion with Bofta Yimam and Brian Cook, as part of the debut CivicCLP Speaker Series on Thursday, June 17, 2021. You can register here for the non-recorded event.

The Race Beat: The Press, the Civil Rights Struggle, and the Awakening of a Nation

by Gene Roberts and Hank Klibanoff

This is the story of how America awakened to its race problem, of how a nation that longed for unity after World War II came instead to see, hear, and learn about the shocking indignities and injustices of racial segregation in the South–and the brutality used to enforce it. It is the story of how the nation’s press, after decades of ignoring the problem, came to recognize the importance of the civil rights struggle and turn it into the most significant domestic news event of the twentieth century.

Drawing on private correspondence, notes from secret meetings, unpublished articles, and interviews, veteran journalists Gene Roberts and Hank Klibanoff go behind the headlines and datelines to show how a dedicated cadre of newsmen–first black reporters, then liberal southern editors, then reporters and photographers from the national press and the broadcast media–revealed to a nation its most shameful shortcomings and propelled its citizens to act. We watch the black press move bravely into the front row of the confrontation, only to be attacked and kept away from the action. Following the Supreme Court’s 1954 decision striking down school segregation and the South’s mobilization against it, we see a growing number of white reporters venture South to cover the Emmett Till murder trial, the Montgomery bus boycott, and the integration of the University of Alabama.

We witness some southern editors joining the call for massive resistance and working with segregationist organizations to thwart compliance. But we also see a handful of other southern editors write forcefully and daringly for obedience to federal mandates, signaling to the nation that moderate forces were prepared to push the region into the mainstream. The pace quickens in Little Rock, where reporters test the boundaries of journalistic integrity, then gain momentum as they cover shuttered schools in Virginia, sit-ins in North Carolina, mob-led riots in Mississippi, Freedom Ride buses being set afire, fire hoses and dogs in Birmingham, and long, tense marches through the rural South. For many journalists, the conditions they found, the fear they felt, and the violence they saw were transforming. Their growing disgust matched the mounting countrywide outrage as The New York Times, Newsweek, NBC News, and other major news organizations, many of them headed by southerners, turned a regional story into a national drama.

Meticulously researched and vividly rendered, The Race Beat is an unprecedented account of one of the most volatile periods in our nation’s history, as told by those who covered it.

Ladies' Pages: African American Women's Magazines and the Culture That Made Them

Ladies’ Pages demonstrates how these rare and thought-provoking publications contributed to the development of African American culture and the ways in which they in turn reflect important historical changes in black communities. What African American women wore, bought, consumed, read, cooked, and did at home with their families were all fair game, and each of the magazines offered copious amounts of advice about what such choices could and did mean. At the same time, these periodicals helped African American women to find work and to develop a strong communications network. Rooks reveals in detail how these publications contributed to the concepts of black sexual identity, rape, migration, urbanization, fashion, domesticity, consumerism, and education. Her book is essential reading for everyone interested in the history and culture of African Americans.

The Light of Truth: Writings of an Anti-Lynching Crusader

by Ida B. Wells-Barnett

The broadest and most comprehensive collection of writings available by an early civil and women’s rights pioneer. Seventy-one years before Rosa Parks’s courageous act of resistance, police dragged a young Black journalist named Ida B. Wells off a train for refusing to give up her seat. The experience shaped Wells’s career, and–when hate crimes touched her life personally–she mounted what was to become her life’s work: an anti-lynching crusade that captured international attention. This volume covers the entire scope of Wells’s remarkable career, collecting her early writings, articles exposing the horrors of lynching, essays from her travels abroad, and her later journalism. The Light of Truth is both an invaluable resource for study and a testament to Wells’ long career as a civil rights activist.

An oral history of modern American journalism by trailblazing black journalists such as Ed Bradley, Max Robinson, and Karen Dewitt.

Livin' the Blues: Memoirs of a Black Journalist and Poet

Frank Marshall Davis was a prominent poet, journalist, jazz critic, and civil rights activist on the Chicago and Atlanta scene from the 1920s through 1940s. He was an intimate of Langston Hughes and Richard Wright and an influential editor at the Chicago Evening Bulletin , the Chicago Whip, the Chicago Star, and the Atlanta World. He renounced his writing career in 1948 and moved to Hawaii, forgotten until the Black Arts Movement rediscovered him in the 1960s.

Because of his early self-exile from the literary limelight, Davis’s life and work have been shrouded in mystery. Livin’ the Blues offers us a chance to rediscover this talented poet and writer and stands as an important example of black autobiography, similar in form, style, and message to those of Langston Hughes and Richard Wright.

Fire Shut Up in My Bones: A Memoir

A gorgeous, moving memoir of how one of America’s most innovative and respected journalists found his voice by coming to terms with a painful past. New York Times columnist Charles M. Blow mines the compelling poetry of the out-of-time African-American Louisiana town where he grew up, a place where slavery’s legacy felt astonishingly close, reverberating in the elders’ stories and in the near-constant wash of violence. Blow’s attachment to his mother – a fiercely driven women with five sons, brass knuckles in her glove box, a job plucking poultry at a nearby factory, a soon-to-be-ex husband, and a love of newspapers and learning, cannot protect him from secret abuse at the hands of an older cousin. It’s damage that triggers years of anger and searing self-questioning. Finally, Blow escapes to a nearby state university, where he joins a black fraternity after a passage of brutal hazing, and then enters a world of racial and sexual privilege that feels like everything he’s ever needed and wanted, until he’s called upon, himself, to become the one perpetuating the shocking abuse. A powerfully redemptive memoir that both fits the tradition of African-American storytelling from the South, and gives it an indelible new slant.

My Times in Black and White: Race and Power at the New York Times

After a career of many firsts, journalist Gerald Boyd became the first black managing editor of the New York Times . But the dream ended abruptly with Boyd’s forced resignation in the wake of scandal over Jayson Blair, a reporter who had plagiarized and fabricated news stories. A rare inside view of power and behind-the-scenes politics at the nation’s premier newspaper, My Times in Black and White is the inspirational tale of a man who rose from urban poverty to the top of his field, struggling against white-dominated media, tearing down racial barriers, and all the while documenting the most extraordinary events of the latter twentieth century.

Unmasks race-related conflicts in the newsrooms and the push for more equitable coverage of racial minorities.

Thirty years ago, the Kerner Commission Report made national headlines by exposing the consistently biased coverage afforded African Americans in the mainstream media. While the report acted as a much ballyhooed wake-up call, the problems it identified have stubbornly persisted, despite the infusion of black and other racial minority journalists into the newsroom.

In Within the Veil, Pamela Newkirk unmasks the ways in which race continues to influence reportage, both overtly and covertly. Newkirk charts a series of race-related conflicts at news organizations across the country, illustrating how African American journalists have influenced and been denied influence to the content, presentation, and very nature of news.

Through anecdotes culled from interviews with over 100 broadcast and print journalists, Newkirk exposes the trials and triumphs of African American journalists as they struggle in pursuit of more equitable coverage of racial minorities. She illuminates the agonizing dilemmas they face when writing stories critical of blacks, stories which force them to choose between journalistic integrity, their own advancement, and the almost certain enmity of the black community.

Within the Veil is a gripping front-line report on the continuing battle to integrate America’s newsrooms and news coverage.