If you like a mystery filled with great characters and never ending twists, pick up this book. This story is set in Ireland, at two private schools, one for girls and one for boys. This is the fifth book of the Dublin Murder Squad series, but the only one of Tana French’s books that I have read. They do not have to be read in order – they stand alone.

St. Kilda’s is an all girl’s school. Holly is the leader of one of the “lots”. They are all super close and share all of their feelings, clothes, and sometimes boys. Joanne is the leader of the other “lot”. These two lots do not get along at all and are very superficial to each other.

The Colm’s school is an all boy’s school. Chris is the leader of the Colm’s boys. They meet up with the girls at the mall on many occasions and then start sneaking out to meet them at the “grove” in a spot near the St. Kilda’s campus.

Then a murder happens. Chris Harper’s body is found with 4 flowers on top of his chest. Who did it? What was the motive? An investigation was done, but went cold. Then one day, almost a year later, a message appeared on the Secret Place – a board where the St. Kilda’s girls could put their thoughts and feelings anonymously. Holly takes the note to Detective Stephen Moran, a colleague of her father. This re-opens the investigation of Chris Harper. Deception, bonds, gossip, pink phones, and an array of other page-turning events happen during this second investigation. This book is cleverly written, with great character development, and many intricate relationships. 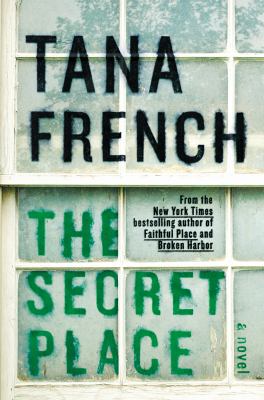 When an anonymous tip about the unsolved murder of a schoolboy is hand-delivered to Stephen Moran by the teenage Holly Mackey, he knows it is his opportunity to get a foot in the door of the coveted Murder Squad. Working alongside the abrasive Detective Antoinette Conway, Stephen finds himself plunged into a world of intense teenage rivalries, and even more intense friendships and loyalties at St. Kilda’s School. Stephen is young and likable, and he seems like the perfect person to gain the confidence of the girls. But the headmistress is willing to go to great lengths to keep scandal at bay. And Holly’s father, Detective Frank Mackey, is ready to intervene and put a halt to the investigation if any evidence seems to point to Holly. Will Antoinette and Stephen be able to infiltrate the private world of the teenage witnesses and suspects and discover what really happened to Chris Harper?