The last weekend in October, my partner and I decided to visit Gettysburg and Centralia for a “Halloween” themed trip. We started in Johnstown to visit the incline and see some friends before heading to Gettysburg, the first stop on our tour of ghostly towns. 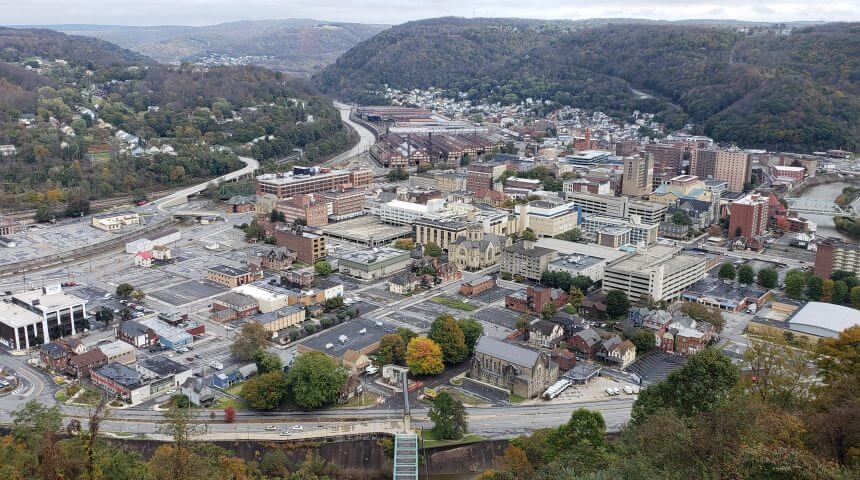 After unpacking the car we drove around downtown marveling at the tiny town with its many places to purchase ghost tours. The next day we found two that we wanted to do along with visiting the battlefields and Sachs covered bridge during the day… and the night (dun dun dun). The first tour was the Shriver house, a museum dedicated to making known the civilian side of the war. Everyone in town had to step up when the fighting came to their street, learning how to become nurses and digging graves while pregnant. Next was an evening ghost tour along the back alleys of Gettysburg, following along what used to be a river turned trench turned massive grave. What made the tour even creepier was a cat that seemed to follow us around as well as an owner-less whistle that floated in an out amongst our tiny group. 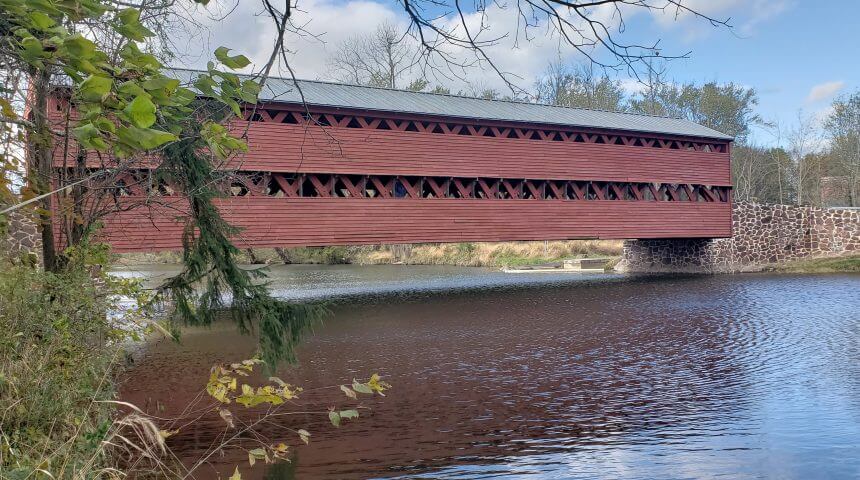 Once evening hit we drove out to Sachs covered bridge to investigate whether the stories of ghostly apparitions were true. I slipped my phone out of my pocket and turned on a ghost hunting app just for fun and to see what would happen. The backstory of Sachs covered bridge is that three soldiers were hanged there for breaking the law (for either abandoning their platoon or stealing). There are rumors that they still haunt the bridge along with a ghostly cat. Walking to the center of the bridge in the pitch black was just below terrifying but I’m glad to have had the experience. After our small investigation of the bridge we started the winding drive around the battlefields, stopping at a large tower that oversees most of the fields. An eerie calm descended upon us as we climbed the 70 foot tower in the darkness. It was silent at the top except for faint, what sounded like, war drums coming from the center of a field off to the left, far away from houses or a road. 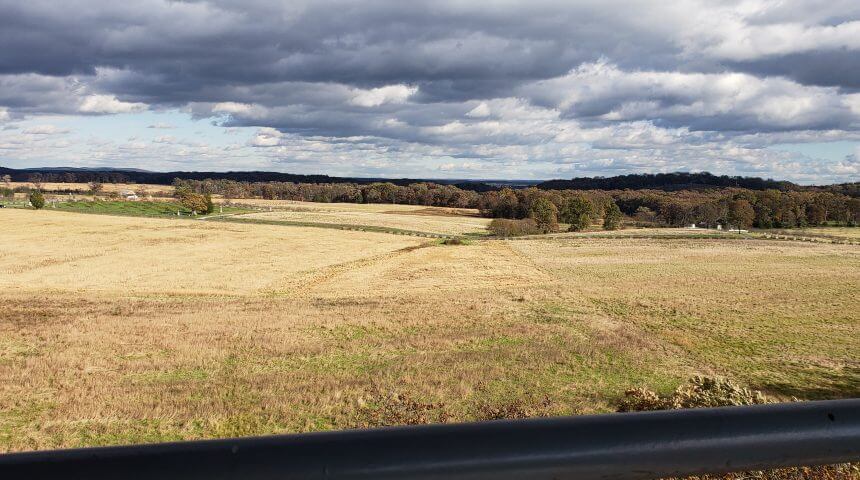 The next town on our trip was Centralia, PA, a town wiped out by an underground mine fire that has been burning for 50 years. Driving through the town was disheartening as there is quite literally nothing there. With red paved roads, maybe four houses, and smoke literally rising from a crack in the center of Graffiti highway, it’s no wonder people have coined this place “hell on earth.”

The history of Pennsylvania is vast.  It was exciting to move through these different towns in search of not only its ghosts, but its history. Johnstown has had to rebuild so much you can feel the collective love of the town. Experiencing the battle of Gettysburg from both the civilian and soldier’s side was fascinating, especially from the people that live there who are dedicated to telling its story. Centralia has become a major tourist attraction for urban explorers fascinated by its history, myself included. Experiencing it first-hand gave me a whole different perspective on the emptiness of the town and what the people there have been through. Get to know Pennsylvania a little more and check out these towns if you get a chance, or check out these books on the Johnstown flood and the Battle of Gettysburg. Make sure to look out for the book Pennyslvania Ghost Towns: Uncovering the Hidden Past (DBC10058). It is filled with great information on the ghostly history of Pennsylvania.