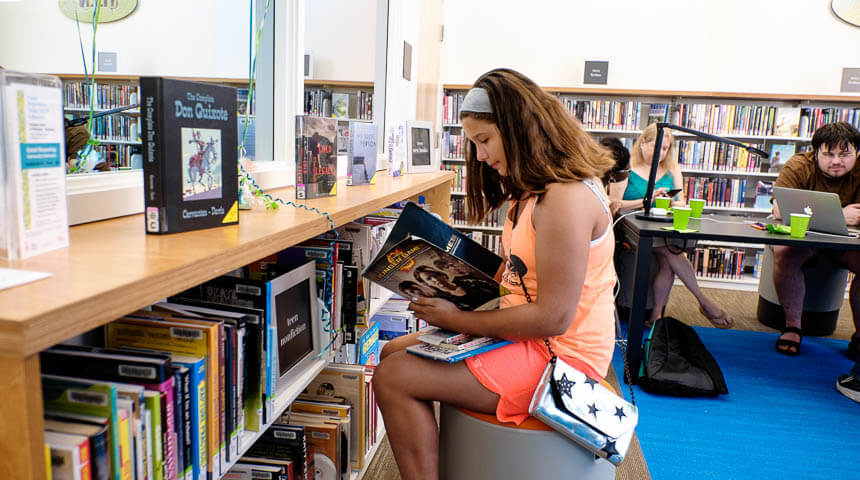 I have always enjoyed all the brackets the pop-up throughout March and all the different winners that people choose. Well, I realized recently that just because March ends, doesn’t mean that all the fun and competition that comes along with brackets has to end. So, we decided to have some fun on the TeenSpace Instagram page and create our own competition.

We will post the blank bracket with the titles that are competing on the page, and then throughout the next week, we’ll post the two titles that will be going head to head that day. (Probably more than just two titles, so keep an eye out!) Then, based on your votes, we’ll move the winners forward until we have an ultimate champion.

The titles we chose are top circulating titles – books that have been checked out the most. So, if you have a favorite title on the list, make sure to vote so that it can win! If you tag @clpteenspace on a filled-out bracket by the end of April 2, and you get the most points – 1 point per correct title winner – then you will win a special prize! You’ll be able to pick up the prize once the library re-opens.