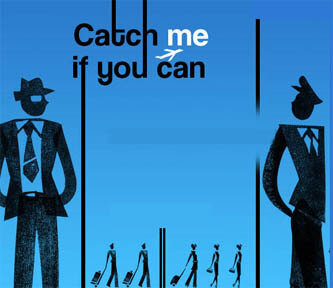 How often has that sentence led to a disappointing look-up after reading a book or watching a movie?  The idea that Truth is stranger then Fiction is nice but often enough editors and directors don’t like settling for what did happen.  They look at something and decide what could have happened. Recent events out of France might be enough to not need the old Hollywood spruce-up.

Redonie Faid is a gangster out of a pretty terrible neighborhood in Paris.  Inspired by movies, seriously he told one director that he had watched his movie Heat multiple times to learn how to rob banks, Faid has gone on to be one of the most wanted people in France.  In sticking to cliches, he claimed to get out of the crime game and even wrote a book about his doings called Robber – From the Projects to Organized Crime.  I wish there was a copy of this in English.

But what recent event has made me look him up?  Well he broke out of prison.  Again.  This time his comrades kidnapped a helicopter pilot and forced him to land in the prison, they then broke into the prison visitor center with angle grinders while wearing balaclavas.  They flew away in the helicopter and the police found it as a burned out wreck in the nearby area.

As I said this is the second time he has broken out of prison.  The first was using dynamite and kidnapped guards as a shield.  He had been in that prison for less then an hour.  The man is a walking movie script and this shows every possibility of being intentional.  Faid claims his inspiration of the gangster life came from movies like Scarface!  I’m not saying he got captured on purpose but he seems to have used the capture to deftly improve on his myth.

So I’m hoping we get a movie out of this, and that he gets caught.  I don’t think Hollywood would have to help it along to much.  Sometime I’ll have to write a whole essay on the public’s love and hate relationship with gangsters.

Want a book and movie that doesn’t disappoint it’s “based on a true story” tag line?  Look up Catch Me If You Can by Frank Abangale.  It’s written by the conman who has paid his debt to society and continues to pay by helping the police catch the next generation of con men, so I don’t have nearly the prickle of conscience pushing his story.