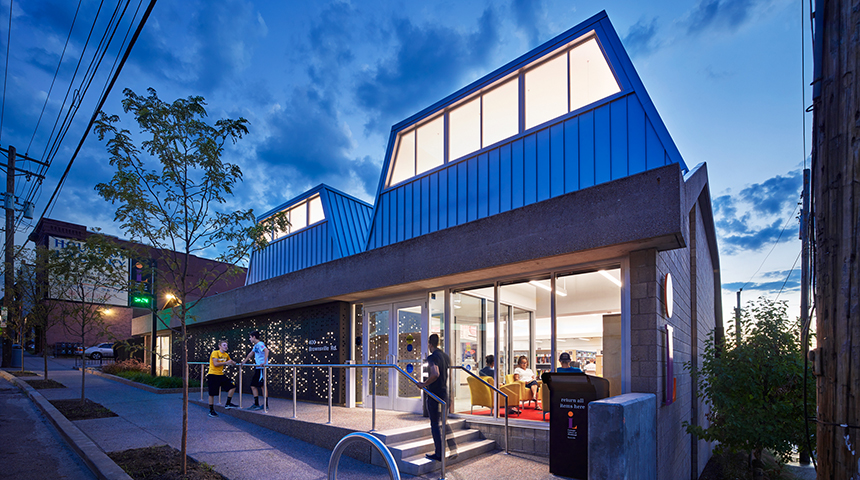 The CLP – Knoxville building is a world-renowned example of a style of modernist architecture called brutalism. The building, designed by Paul Schweikher, built in 1965, celebrated its 50th anniversary in 2015, and received modern updates in 2016. Mr. Schweikher was the head of the Carnegie Mellon School of Architecture and designed the Library along with several other buildings around the city.

The neighborhood of Knoxville was named for farmer Jeremiah Knox. In the late 1800s Mr. Knox began to subdivide the land around the same time the Mt. Oliver Incline made the community more accessible from the South Side. Knoxville became a desirable place to live due to its convenient access to the city and natural geographic buffer from the smoke and pollution that existed at that time.

Today, the Knoxville community is home to one of the city’s highest youth populations. The Library proudly offers quality programs, resources and a welcoming new space for the many kids and teens in this neighborhood.

Stop by CLP – Knoxville and enjoy a welcoming space to create, learn and relax.

This friendly, modern space serves more than eight of the 11 neighborhoods, including Mt. Oliver Borough, that make up the Hilltop community.