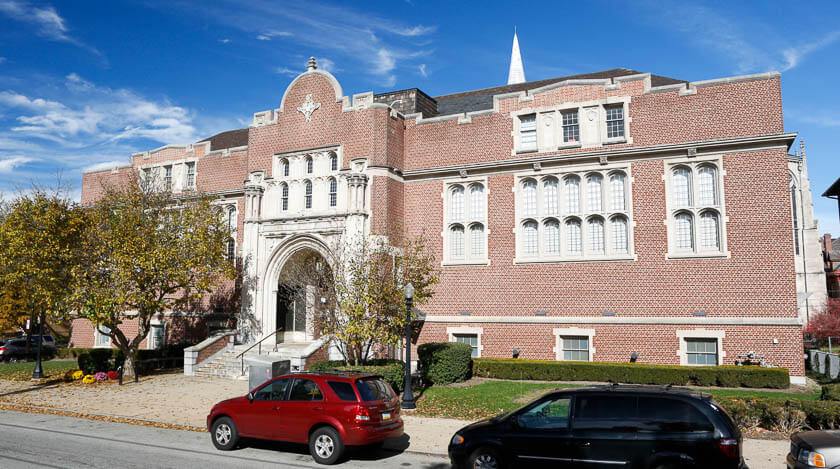 In 1860, looking to escape the smoke of Downtown Pittsburgh, Andrew Carnegie and his brother Thomas moved to Homewood, which was then a mostly rural area. Carnegie encouraged his associates to relocate to Homewood. Several of them did, including Henry Clay Frick, George Westinghouse and H.J. Heinz. The elite of Homewood were an exclusive group, though they were conscious of their responsibility to the area. Their legacy in Homewood remains in the form of Westinghouse Park, Frick Park and the Carnegie Library of Pittsburgh – Homewood.

By 1892, trolley lines were laid from Downtown to the East End, making it easier for businessmen to commute. The Homewood Board of Trade organized to attract people to new developments in the area. They also approached Andrew Carnegie to build a library in what was his old neighborhood. Carnegie agreed to give a small sum for the library, but they dreamed bigger. They reminded Carnegie that this had been his community and that a prosperous community needed a large library.

In 1910, CLP – Homewood opened. It was one of the largest and best endowed Carnegie Libraries in the country, and the last library Carnegie built in Pittsburgh. As the Board of Trade hoped, the Library has been used for countless educational, cultural and social events. Equipped with a large collection of materials, spacious reading rooms and meeting spaces, and a 300-seat auditorium, CLP – Homewood has been serving the community for over 100 years.

This neighborhood location also has a 300-seat, recently renovated auditorium, which the public can rent for events.

Come see how we have preserved our historical beginnings while embracing our community’s needs.

Originally established in 1910, historic CLP – Homewood underwent an award-winning renovation to revitalize its space in 2005. Today, this three-story neighborhood location is completely restored to its original grandeur and offers a fully-equipped 300-person auditorium.

Masks are currently required in
all Library spaces.
Learn more