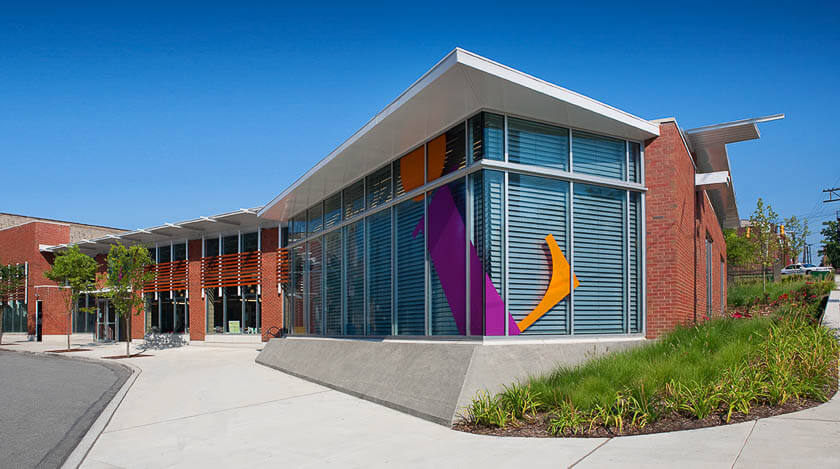 Poet Claude McKay dubbed Pittsburgh’s Hill District the “Crossroads of the World.” This community’s history has been captured in the words of playwright August Wilson, the photographs of Teenie Harris and the music of numerous local jazz legends. The Hill District also played an integral part in Pittsburgh’s future, when in 2008, CLP – Hill District opened the city’s first newly-constructed library in 28 years on Centre Avenue.

More than 700 community members took the opportunity to tour and enjoy their new neighborhood location at the Library’s grand opening and community celebration. The celebration began with a book processional that delivered August Wilson’s Radio Golf, the last book housed at the area’s former Library on Dinwiddie Street, to its new home on Centre Avenue.

CLP – Hill District is also home to a small archive of neighborhood-focused newspaper articles, photographs and other historical items. Ask a staff member to learn more.

We hope to see you soon at CLP – Hill District!