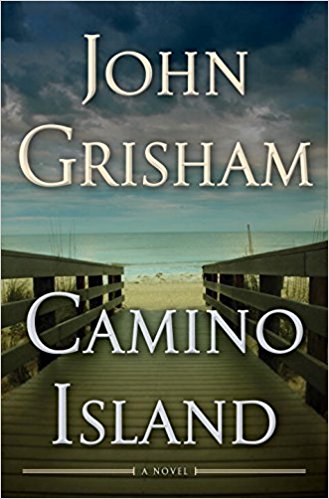 Grisham highlights the Top Five for July, with Patterson and Robb hot on his heels. Frequent guest Robyn Carr drops by with her latest, and rounding out is newcomer Karen White – a welcome addition to a fine crew. We’ll see you next time on the Best of Bard!

The Black Book
James Patterson
DB 87917 / CL 16558
A horrifying murder leads investigators to an exclusive brothel that caters to Chicago’s most powerful citizens. There’s plenty of incriminating evidence, but what matters most is what’s missing–the madam’s black book. The effects ripple through the city’s elite, and everyone’s desperate to find it. Unrated. Commercial audiobook. 2017

Echoes in Death
J.D. Robb
DB 87365 / CL 16585
Dallas and Roarke find Daphne Strazza naked, injured, and stumbling on the street. They discover that she and her surgeon husband are the latest couple to be brutalized by a rapist thief. But for the first time, he’s killed the husband. Violence, strong language, and some explicit descriptions of sex. Bestseller. 2017

Any Day Now
Robyn Carr
DB 87789
Sierra Jones is recently sober and looking for a new start. She moves to Sullivan’s Crossing to be near her brother Cal, and to get away from a dangerous man. Local firefighter Conrad Boyle tempts her to open her heart. Unrated. Commercial audiobook. 2017

The Nights the Lights Went Out
Karen White
DB 87838 / CL 16627
When Merilee Talbot Dunlap moves with her children to Sweet Apple, Georgia, her new start isn’t helped by an anonymous local blog that dishes about what caused her divorce. She soon learns there are sins and secrets behind the walls of the gated mansions and in the dark woods. Unrated. Commercial audiobook. 2017