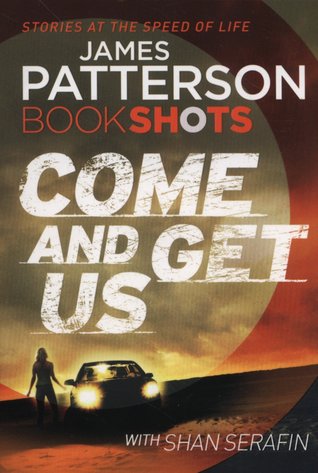 “Life comes at you fast”, Ferris Bueller once warned us, but he may have just as well been speaking about King James Patterson’s book releases. When he comes at us with two releases (technically 3, as Killer Chef DB86734 held down the 6th position – but this is a Top 5, not “Super 6”, Jimmy boy), we send them straight up the charts. Patterson holds the honor as the most crowned author in the prestigious Best of BARD Pennsylvania edition, and I’m betting he runs the gamut nationwide.

This month’s other participants are no slouches either, as we are welcomed by the familiar gritty faces of Stu Woods, Jonathan Kellerman, and a Tom Clancy ghostwriter (somehow there is still no better term than “ghostwriter” for authors who pen works by dead authors, so excuse the morbidity, but I’m betting the Clancy estate is cool with it). Without further adieu, here’s the Best of for the month of March – let’s keep it going until next time, and see what’s in pole position for April!

Come and Get Us
James Patterson
DB 86850
Miranda Cooper’s life takes a terrifying turn when an SUV deliberately runs her and her husband off a desolate Arizona road. With her husband badly wounded, she must run for help alone as his cryptic parting words echo in her head: “Be careful who you trust.” Unrated. Commercial audiobook. 2016.

Never Never
James Patterson
DB 86854 / CL 16458
Harry Blue is the top sex crimes investigator in her department, but even she didn’t see this coming–her own brother arrested for the grisly murders of three women. Harry’s now assigned to a new town with a new partner. But is he actually a watchdog Unrated. Commercial audiobook. 2017. A Navy commander is attacked by a Russian man. A CIA operative is intercepted at Tehran Airport. A team of FBI officers is arrested in Indonesia. This series of seemingly unconnected events points to a compromise in U. S. government security, and Jack Ryan’s team must seek it out. Unrated. Commercial audiobook. Bestseller. 2016.

Below the Belt
Stuart Woods
DB 86654
Newly ensconced in his Santa Fe abode with a lovely female companion, Stone Barrington receives a call from an old friend requesting a delicate favor. A situation has arisen that could deteriorate into a lethal quagmire, involving an impressive gentleman whose star is on the rise. Unrated. Commercial audiobook. Bestseller. 2017.