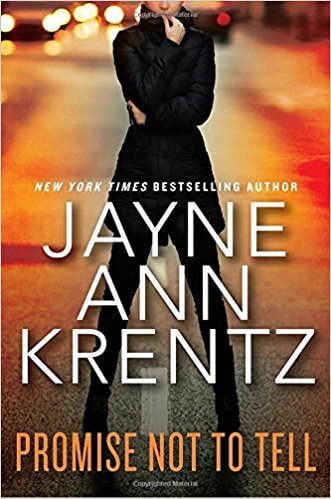 It seems like female authors are taking over! In addition, James “the King” Patterson disappeared from our list.

Here is our Best of BARD for the month of April, starting with number one:

Promise Not to Tell
DB90191/CL16929
By Jayne Krentz
Seattle gallery owner Virginia Troy still battles memories of her childhood in a cult and the fire at the cult compound that killed her mother. The suicide of one of her artists brings back her past, and only PI Cabot Sutter, fellow cult survivor, can help. Unrated. Commercial audiobook. 2018.

A Higher Loyalty: Truth, Lies, and Leadership
DB90517
By James B. Comey
Former FBI director shares lessons and anecdotes from his decades of government service. Includes discussions of specific cases in which he was involved, such as prosecuting the Mafia and Martha Stewart, effecting changes to torture and surveillance policies, and overseeing the Clinton email investigation. Narrated by the author. Unrated. Commercial audiobook. 2018.

Year One
DB89938/CL16817
By Nora Roberts
A sickness sweeps the planet, killing millions. There are those who are immune, known as the Uncanny, rumored to have magical powers. These survivors, both good and evil, must discover how to live in a new, devastated world. Violence, strong language, and some explicit descriptions of sex. 2017.

Dead Giveaway
DB88553
By Joanne Fluke
Ellen Wingate thinks she’s hit the jackpot when she learns the millions she’s inherited come with a super-exclusive condo in the Las Vegas mountains. But leaving Minnesota for paradise becomes the ultimate nightmare. Ellen and her neighbors are trapped in a freakish winter avalanche and make a chilling discovery. Unrated. Commercial audiobook. 1990.

Enemy of the State: A Mitch Rapp Novel
DB89921
By Kyle Mills and Vince Flynn
The president wishes Mitch Rapp to secretly send a message to the Saudis after the king’s nephew is discovered contributing funds to ISIS. When the plot is discovered, the president turns against Rapp. Soon both America and the Saudis are hunting him down. Sequel to Order to Kill (DB 87024). Violence. Bestseller. 2017.