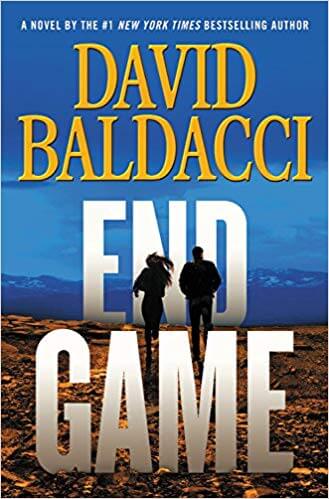 In the news today:
Pluto is most definitely a planet – and should never have been downgraded, say some scientists.
Until the scientists make up their mind, let’s take a look at the most popular BARD books for the month of August, starting with number one:

End Game
By David Baldacci
DB89412 / CL16749
Will Robie and Jessica Reel are the people the government calls when the utmost secrecy is required to take out those who plot violence and mass destruction against the United States. And one man has always had their backs: their handler, code-named Blue Man. But now, Blue Man is missing. Unrated. Commercial audiobook. 2017.

The Midnight Line: A Jack Reacher Novel
By Lee Child
DB89410 / CL16746
Strolling through a small Wisconsin town, Reacher sees a 2005 West Point class ring in a pawn shop window. The ring is tiny, for a woman, and it has her initials engraved on the inside. Reacher decides to find out what unlucky circumstance made her give it up. Unrated. Commercial audiobook. 2017.

Two Kinds of Truth
By Michael Connelly
DB89408 / CL16721
While volunteering for the San Fernando Police, Harry Bosch is sent out with the town’s three-person detective squad to a drugstore where a young pharmacist has been murdered. Meanwhile, an old case from Bosch’s LAPD days comes back to haunt him when a long-imprisoned killer claims Harry framed him. Unrated. Commercial audiobook. 2017.

Turbulence
By Stuart Woods
DB91275 / CL17089
Stone Barrington is vacationing in Florida when an extreme weather event blows a powerful, noxious politician straight onto Stone’s doorstep. It turns out that this official has some shady associates who may have destructive plans afoot, and Stone needs an entrée scheme. Unrated. Commercial audiobook. 2018.

You’ve Been Warned – Again
By James Patterson and Derek Nikitas
DB91448
Joanie was dreading Thanksgiving with her family at their strange new house. And that was before she saw her brother Alan standing in the kitchen. It was hard to know what to say to him, seeing as he’d died five years ago. Unrated. Commercial audiobook. 2017.