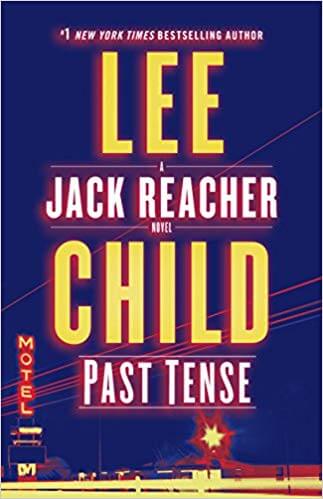 In the New England woods, wandering Jack Reacher sees a sign to a place he has never been: the town where his father was born. In the same isolated area, two Canadians’ car breaks down. As their stories merge, Reacher makes a shocking discovery. Unrated. Commercial audiobook. 2018.

While Andrea and her mother Laura are at the mall, a horrifying act of violence reveals a completely different side of Laura. But now her secret previous life has been exposed, and nothing will be the same. Violence, strong language, and some explicit descriptions of sex. Commercial audiobook. Bestseller. 2018.

Jane Hawk plans the capture of the Department of Justice’s Booth Hendrickson, one of the powerful cabal responsible for “adjusting” over sixteen thousand people using brain-altering nanotechnology and then eliminating those they believe would steer civilization in the wrong direction. Violence, strong language, and some explicit descriptions of sex. Bestseller. 2018.

Ruby Bozarth–new to Rosedale, Mississippi, and to the Mississippi Bar–is tapped as defense counsel in a racially charged felony. Ruby’s client, a college football star who has returned home after a career-ending injury, is charged with murdering a woman from one of the town’s oldest families. Unrated. Commercial audiobook. 2018.