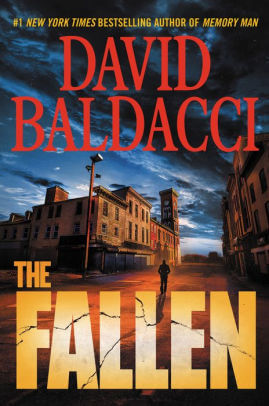 A threat so huge that it jeopardizes not just Pennsylvania Avenue and Wall Street, but all of America. Uncertainty and fear grip the nation. There are whispers of cyber terror and espionage and a traitor in the Cabinet. Even the President himself becomes a suspect, and then he disappears from public view. Unrated. Commercial audiobook. 2018.

A few hours after Amos Decker and his FBI colleague Alex Jamison arrive in bleak Baronville to visit Alex’s sister, Decker stumbles on a horrific double murder scene. When the next killing hits sickeningly close to home, Decker finds that his previously infallible memory may not be so trustworthy after all. Unrated. Commercial audiobook. 2018.

Professor Robert Monroe’s wife has vanished from their five-star hotel in Gstaad, and no one saw a thing. Was she kidnapped? Or did she run off with the handsome Italian she and Robert partied with the night before? Unrated. Commercial audiobook. 2017.

A series of shootings exposes San Francisco to a methodical yet unpredictable killer, and a reluctant woman decides to put her trust in Sergeant Lindsay Boxer. The confidential informant’s tip leads Lindsay to disturbing conclusions, including that something has gone horribly wrong inside the police department itself. Unrated. Commercial audiobook. 2018.

When local cops in a Maine town uncover a grisly crime scene buried deep in the woods, they consult vacationing Detective Bennett. But far from the New York streets he knows so well, no one will talk to the big-city detective, and the bodies keep piling up. Unrated. Commercial audiobook. 2017.