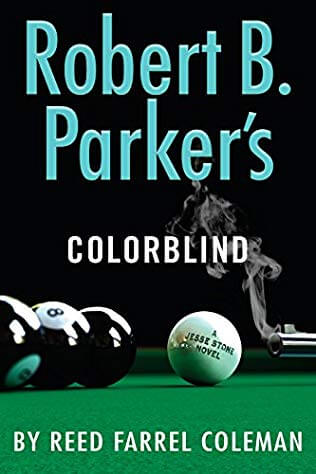 After a stint in rehab, Paradise police chief Jesse Stone is confronted by a series of disturbing and apparently racially motivated crimes. Meanwhile, a mysterious young man named Cole Slayton rolls into town with a chip on his shoulder and a problem with authority–namely, Jesse. Unrated. Commercial audiobook. 2018.

When the body of an eleven-year-old boy is found, all the evidence points to one of Flint City’s most popular citizens, local teacher Terry Maitland. Terry has an ironclad alibi, which leaves Detective Ralph Anderson wondering how a man could be in two places at once. Unrated. Commercial audiobook. Bestseller. 2018.

Kill and Tell
By James Patterson and Scott Slaven
DB 91037

Famous Hollywood film director Wayne Tennet stands accused by his stepdaughter of crossing the line. Falsely, he swears. Now his life and career hang in the balance. But why would she lie? Unrated. Commercial audiobook. 2017.

Robin receives a dire message from her estranged sister: their father, his second wife, and his twelve-year-old stepdaughter have been shot–likely in a home invasion–and are in critical condition. It’s been more than five years since Robin turned her back on her father when he married her best friend. Unrated. Commercial audiobook. 2018.

Realtor Elizabeth Gaines Ellis is an ordinary suburban wife and mother. But for months now, Elizabeth has worried that she’s somehow the cause of a series of brutal, horrible deaths–because she had wished each victim would disappear. Violence and strong language. 2014.