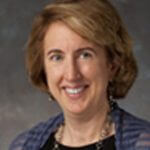 Alice Mitinger is a lawyer at Cohen & Grigsby. Alice has significant experience in zoning and land use litigation and has appeared before municipal governing bodies and zoning hearing boards throughout Western Pennsylvania. Her appellate practice has included cases before the United States Supreme Court, the United States Court of Appeals for the Third Circuit and the Pennsylvania Supreme, Superior and Commonwealth Courts. She is also a member of the Zoning Board of Adjustment for the City of Pittsburgh.