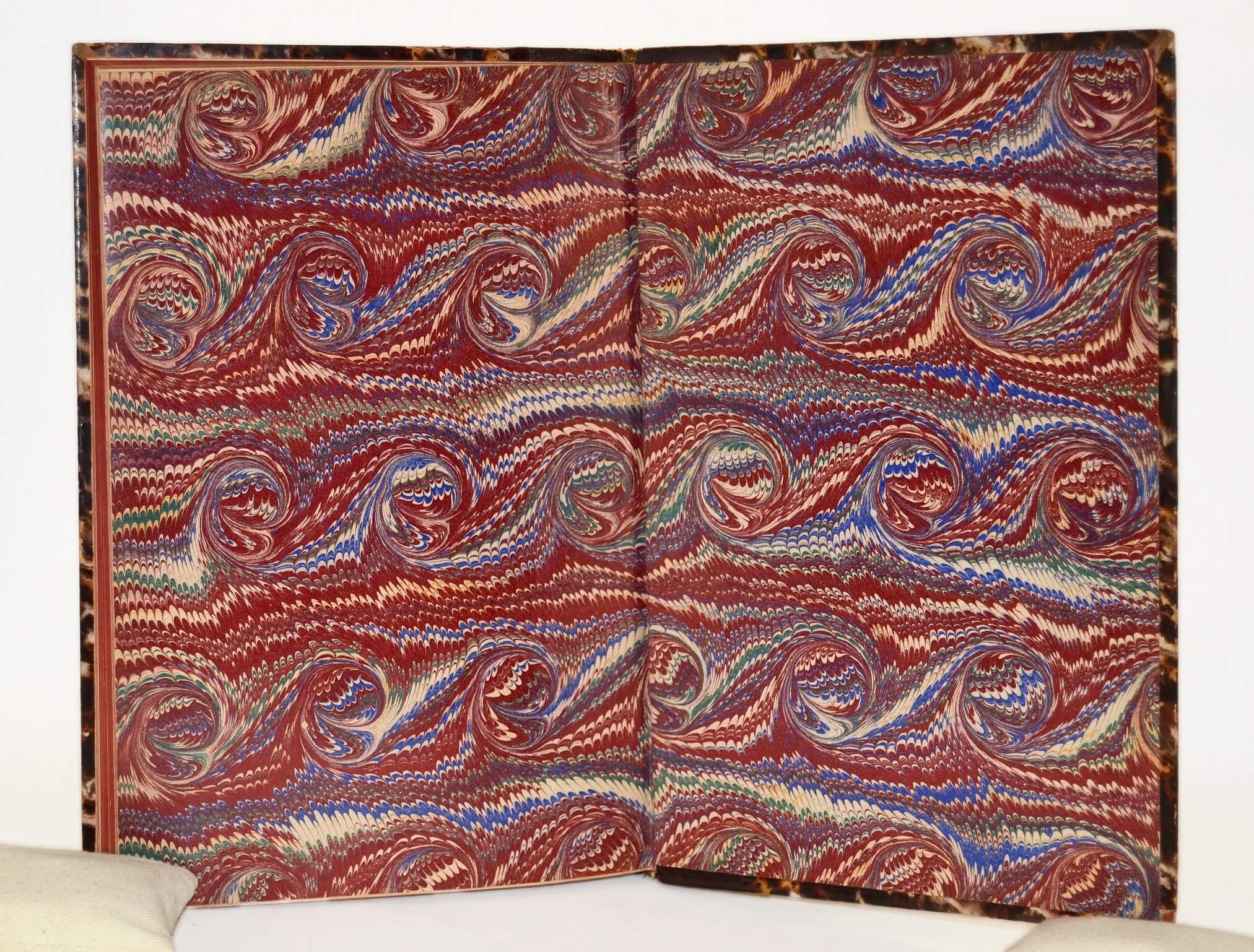 This is the first of a four-part series highlighting resources from the Conservation, Preservation & Access Department.

Like any well-loved tool or object, books have been decorated and embellished from their infancy. You know that feeling you get when you pick up a book that is such a joy to be holding? The distinguished spine catches your eye as your hand wraps around the boards perfectly, and as you crack open the front cover you are hit by a symphony of color and marks. You haven’t even gotten to the information yet, and you’re already under the book’s spell. We know that feeling, too. When every rounded corner, decorated page and font choice come together, a work of art is made. Although functionality is the heart of successful book design, much thought is put in the look and feel as well. Here at Carnegie Library of Pittsburgh, we are fortunate to have books that both enlighten the mind and delight the eye. Below are just a few samples of overlooked parts of books that elevate them from informative to inspiring.

These first images provide examples of gold tooling: designs impressed with finishing tools on gold leaf laid on the cover of a book. It was first used as early as 1339 in Persia and in the 15th century in Italy and probably Spain. The earliest known English use was in 1519.

This book has a doublure, a separate, ornamental inside lining of a board. It can be of fabric (usually silk), vellum, leather or decorated paper, and is often surrounded with elaborately gold tooled turn-ins. Doublure was popular from about 1750 on, particularly in France, and is also called double (taken from ABC of Bookbinding).

An initial/drop cap is the letter at the beginning of a word, a chapter, or a paragraph that is larger than the rest of the text. The term is derived from the Latin initialis, which means standing at the beginning. An initial is often several lines in height, and in older books or manuscripts, sometimes ornately decorated.

Book clasps are the hinged metal fasteners intended to secure the covers of a book. Two clasps are generally used because using a single clasp has a tendency to distort the front and back covers. Variants of this were used all over Europe through the 15th century. They became smaller in the 16th century before disappearing in favor of ribbon ties or no fastenings.

Endsheets (endpapers) are blank or decorated leaves preceding and following the text. This term includes flyleaves and pastedowns. They are also called endleaves.

The terminology used in this post was adapted from the ABC of Bookbinding by Jane Greenfield. To learn more about historic bookbinding, keep your eyes peeled here for our next post, and visit CLP- Main to check out our display!

Emma is a Conservation Assistant in the Conservation, Preservation and Access Department at CLP – Main. She earned a BFA in Book Arts in 2006 and has been taking books apart and putting them back together ever since.