As far as American poets go, Jorie Graham is a superstar. With over thirteen collections of poetry to her name, she remains well-loved and revered. She has served as Chancellor of the Academy of American Poets, has received a John D. and Catherine T. MacArthur Fellowship and took over Seamus Heaney’s role as the Boylston Professor of Oratory and Rhetoric at Harvard. To say she is a heavy hitter in the poetry world would be a gross understatement.

Her most recent collection offers yet another brilliant example of what she does best: It explores existence through conversations between superhuman and human voices. From bots to ghosts, the cacophony of characters who appear in this collection reveal themselves to be sensitive, angry and a lot more human than we might imagine. In a combination of prose and verse, Fast keeps the reader on their toes from beginning to end. Even the construction of Graham’s poems tosses us from line to line, only giving us time to catch our breath when we turn the page.

In many of the poems found in this collection, conflicting dialogue is at their center. This dialogue might be between an inanimate object and the world around it, or it might be between Graham and the reader, but the resulting duality is fascinating and engaging.

I got sad when I had to think
that the first person
who has ever understood me
is not even human. Because this is as good as human gets.

The titular poem, “Fast,” speaks to this dichotomy through narrative, jolting lines. Delivered through a series of disclaimers and directives, the poem examines the fine, often faded line between artificial intelligence and genuine humanity. With this, the reader is forced to confront notions of love and loneliness in the modern age.

I got sad when I had to think
that the first person
who has ever understood me
is not even human. Because this is as good as human gets.

These poems are captivating because of their insistence. With few exceptions, each one fills its pages nearly to their edge, and each delivers ideas in rapid succession. As a result, this collection is something to behold in both form and function.

Take “To Tell of Bodies Changed to Different Forms,” for example. This poem begins by bringing the reader into a conversation about our own bodily existence in the world. This is one we have had with countless poets before, and countless poets from here on out. But Graham flashes from thought to thought, and suddenly we find ourselves in a universal tug-of-war between highly existential thought and truly earthbound observation:

Look a small mudwasp is building a nest. Its activity wrenches the open air. There will be but this one. It will abandon its young never to return. It is doing a form of research. The mud is powdery like the foundation I have applied, looking so complete to myself in this mirror in this instant before the
light changes and
I must begin again.

This collection is often forceful in its delivery, but the gentleness of poems like “With Mother in the Kitchen” and “Double Helix” offer sanctuary for the reader.

I encourage you to take your time with this collection. Read it out loud and notice how Graham’s words carry you with them. You might have to revisit the beginning once you reach the end. Ask your librarian if you can renew it. Fast is worth a slow look. 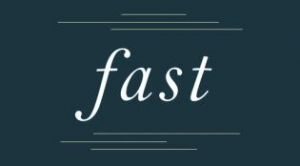