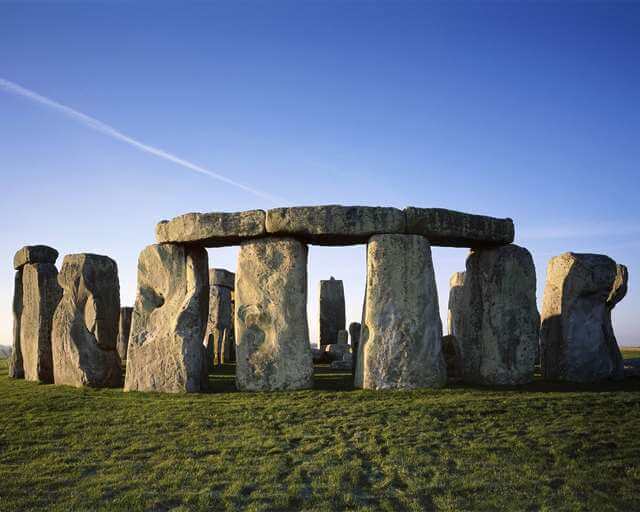 The Summer Solstice is right around the corner. That means it’s time to think about the days getting shorter, and to contemplate the trip around the sun that we’re all taking on this planet. One excellent way to think about this phenomenon is to reflect on what some ancients did in their attempts to observe the world around them and unlock the secrets of the universe. One element of this that has always intrigued me is Stonehenge.

The prehistoric calendar, or monument, or cultural artifact (depending on who you ask!) is located in Wiltshire, on the Salisbury plain in England, and has prompted questions and piqued the interest of everyone from archaeologists to Druids for years and years.

Get into the history and maybe unlock some of the mystery for yourself with Castelden’s book The Making of Stonehenge. Happy Solstice!

Deals exclusively with the prehistoric Stonehenge site in southern England. The authors compile scientific evidence, “take account of modern archaeologists’ interpretations, and attempt a synthesis that contains Stonehenge’s meaning.” Their analysis provides an explanation of what the creators were trying to achieve. 1993.