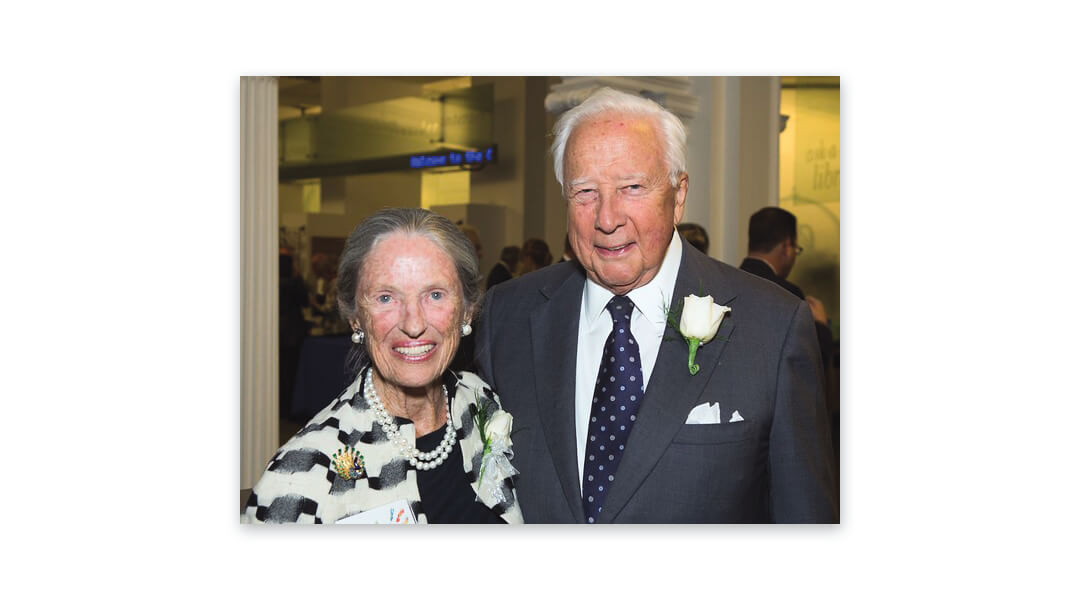 “Our libraries are among the greatest blessings of life in America. Their doors, open to all, are the portals to the whole world of books and ideas and infinite possibilities. I like to think of my first-ever library card – a Carnegie Library of Pittsburgh card! – as my first ticket to ride…and ride I have, for work and pleasure ever since.”    — David McCullough

As a child living in Pittsburgh, Carnegie Library of Pittsburgh represented a world of stories and “infinite possibilities” for a boy who would grow up to become one of our nation’s most celebrated authors and historians. That youngster, of course, was none other than David McCullough, who died on August 7 at age 89.

An abundance of tributes can be found online in honor of Mr. McCullough and his many accomplishments. He had the gift of being able to weave a compelling story, distinguished by his impeccable, often decades-long research and masterful grasp of language. Among his numerous best-sellers were Truman (1992) and John Adams (2001), both of which won Pulitzer Prizes.

In reflecting on Mr. McCullough’s professional accomplishments, I’m especially awed by his reverence for librarians and libraries – which all started here, at Carnegie Library of Pittsburgh, his hometown library. “When I was in grade school, we went to the library every day,” he said in this interview. “Maybe it was not that often but it was very often.” Well into his later years, he still recalled washing his hands before touching the books (hence, the small sinks still in several of our locations!), using his “indoor library voice,” and wearing “special library shoes” that wouldn’t squeak on the marble floors.

Mr. McCullough never forgot the first library that nurtured what would become a lifelong love of words and stories. He gave back to Carnegie Library of Pittsburgh by serving as Honorary Chair for the Libraries for LIFE Capital Campaign, a significant fundraising effort launched in 2006 that supported renovations to our neighborhood branches. When Mr. McCullough returned to CLP to speak on several occasions, he spent time talking with our library staff, championing the vital role they have in our community.

“Again and again and again, for every book that I have written, the librarians at the libraries I depend upon have played an essential role,” he said in an interview. “The archivists and librarians and research specialists are of infinite importance and value to me and part of the joy of the work.”

David McCullough’s life and legacy reminds us of the indelible impact every single one of us at Carnegie Library of Pittsburgh has on the people we serve every day – from the child getting their first library card to an older adult doing research. In remembering David, we celebrate his generosity to Carnegie Library of Pittsburgh and his belief in the power of libraries to change lives, just as he changed ours.

PHOTO: David and Rosalee McCullough at Carnegie Library of Pittsburgh in 2014. Rosalee passed away in June 2022.