Abeer Hoque was born in Nigeria to Bangladeshi parents and moved to Pittsburgh when she was thirteen. She struggled to find her place in America, and eventually moved to Bangladesh on her own, where she still didn’t quite fit in. She details her multicultural growing-up and coming-of-age story in a new memoir called Olive Witch. Abeer will be at CLP – Main on Wednesday to give a reading and answer questions, but I was able to catch up with her via email in advance of her event.

Kelly: Can you talk about the title of your book, where it comes from, what it means?

Abeer: The title “Olive Witch” comes from a twisting of song lyrics. There’s a Rage Against the Machine song with a chorus that goes, “All of which are American dreams…” and my boyfriend in college, Glenn (also a Pittsburgher!) changed “all of which” into the nickname “Olive Witch.”

K: Your journey toward writing this book was a long one. You’ve said it took twelve years of re-writing to get Olive Witch into the published book it is now. Can you talk a little about the process of going through those revisions and finding an agent and publisher?

A: I thought Olive Witch was done so many times along the way! The first version (my MFA thesis in 2003) was largely set in Nigeria, where I was born, and the States, where I had lived since the age of 13. But then from 2006-8, I lived in Bangladesh, where my parents are originally from, and that experience fleshed out the Bangladesh section. And I ended up going back to Nigeria in 2012, and so of course that’s also in the book. Every draft was critiqued by multiple friends along the way, some of them writers, some academics, some filmmakers, all generous and thoughtful readers.

Getting Olive Witch published is another whole story. I queried over 200 agents and independent publishers in the States, but it was my amazing editor at HarperCollins India, Somak Ghosal, who finally accepted the manuscript for publication in 2015. It was originally published in India in 2016 and was released in the States by Harper360, a global distribution arm, in 2017.

K: What was the most difficult thing about writing this book? What about the easiest?

A: I love writing nonfiction and memoir. It comes more easily to me than fiction which I have to work at more. Poetry, which has always been my first writing love, is threaded throughout the book. Some of the paragraphs in Olive Witch started off as poems which I extended into sentences.

What was more difficult was figuring out how to order and rewrite the chapters, many of which had been written as stand alone pieces, into a book that had a narrative arc, characters and themes that grew from section to section, a voice which embodied all the different people I’ve been through the years without seeming schizophrenic…

Every weekend, my mother would take us to Carnegie Library’s Main branch in Oakland and I would borrow seven books to take home, read them all, and then come back again the next weekend for another seven.

K: In one interview you said you’d like to create a book of poems and photographs inspired by each other. How does your photography feed your writing, and vice versa?

A: I love that photography can tell a different story than prose or poetry. It’s wordless, immediate, intimate. I think of it as operating on another level, not higher or lower, but responding to or expressing another layer of experience. I’ve been trying to get back to writing more poetry and using photographs to inspire poems. I think it’d be an interesting exercise to also do the opposite, use a poem to inspire a photograph. And I’d love to make this project interactive, like a website where a reader could write their own poem in response to a photograph, or include an image of their own to go along with a poem.

K: You’ve also talked about how you would hang butcher paper on your walls and fill it with writing, and then add another layer, and repeat. Do you still do that? How is that sort of writing different than writing, say, a book, or something you know will be published?

A: I love my word walls! I’ve had one in every flat I’ve rented, ever since the first one back in 1998. It started as a way to jumpstart me back into writing, because on the wall, it could be fragmentary, unfinished, whereas on the page, I felt more pressure to produce something polished. It’s not easy to start with a blank page so using a scrap of poetry from the word wall was a good way for me to begin. My word walls have become more collage now – photos of friends, quotes and images from newspapers and magazines, and of course pieces of poems.

K: Can you talk a little about the process of writing about your depression and attempted suicide? Do you have anything to say to people who might be struggling with the same issues?

A: The psychiatric ward sections in Olive Witch are interspersed throughout the memoir but were originally written as one contiguous piece. I had a folder of journal entries and ward guidelines and other paperwork from the time I spent in the psych ward, which I used to write the chapter. It was really difficult to read through all of it and then distill that time into words. I felt as if I were all these different people, before, during, after, and so I ended up using different points of view: third person and first person, along with institutional guidelines. I didn’t recognize it at the time, but using third person probably also gave me enough distance to write it out.

In a way, I’m grateful for having suffered depression, because it gave me acute if terrible perspective. I have far more compassion and understanding for the condition than I did in my arrogant invincible teenage years. It taught me to listen more closely, and to know I wasn’t necessarily any stronger than the next person. The most terrifying thing to me about depression is how it can erase your ability to hope or to want to keep going. I couldn’t see any way out of the feeling when I was in it. It was only repeated exit after painful exit that taught me that you do make it out eventually. I have to make myself remember that, over and over again. I’m also a big fan of therapy. It’s so helpful to have someone unconnected to your life to talk to and learn strategies for dealing with difficult emotions and experiences.

K: What is it like to come back to Pittsburgh, when you had such a difficult time here as a high school student?

A: I have to say it took me a long time to enjoy my visits back to Pittsburgh. It wasn’t just the memory of difficult high school years, but also learning to interact with my parents as an adult when we were all still struggling to adapt to America according to our own evolving individual philosophies. It got better with time – I grew up some, my parents got more used to my raucous self and to America, and the city of Pittsburgh changed too, becoming a bit more worldly and hipster.

K: What’s your favorite thing about Pittsburgh? What about least favorite?

A: I think Pittsburgh is pretty stunning as cities go. Three rivers, hills upon hills, thousands of bridges, distinctive architecture, and all that ruined industrial grandeur. It’s a photographer’s dream. What I didn’t like about Pittsburgh, its provinciality, its close mindedness, has eroded over the years. The world itself is more connected, more aware of its differences, more appreciative, and Pittsburgh is too. I’m aware too that we live in a time of heightened discrimination, but I am yet hopeful for better, for love.

K: What role did the library play for you as a teen? Which branch did you spend the most time at?

A: I have a love story with Carnegie Library! When we left Nigeria, my siblings and I could only bring 10 books each from our home library. As a voracious bookworm, I was gutted. But I didn’t yet know the wonders of American public libraries. Every weekend, my mother would take us to Carnegie Library’s Main branch in Oakland and I would borrow seven books to take home, read them all, and then come back again the next weekend for another seven. I didn’t realise it at the time, but the library was the one place where I didn’t have to think about who or where I was, which was such a gift to an awkward 13-year-old struggling with culture shock. Instead, by devouring the library’s YA, sci-fi, and fantasy collections, I could live in all these other worlds, in all these other bodies. Carnegie Library will forever remain a haven when I needed it most.

That’s what I love about literature, both reading and writing it, the sense of connection, of human emotion, of resonance.

K: What do you hope people will take away from your memoir?

A: When I first started writing Olive Witch in writing school in San Francisco, I began with my childhood in Nigeria. I didn’t think anyone would relate to these stories because my upbringing seemed so different, the landscape so alien. I was astonished to find my classmates loved the stories. There’s something about reading a child’s perspective that is universal, no matter how disparate the context. That’s what I love about literature, both reading and writing it, the sense of connection, of human emotion, of resonance. I’d wish the same for my readers.

K: What are you reading right now that you’d recommend to Eleventh Stack’s readers?

A: The last book I finished that I’d recommend heartily is Lindy West’s memoir, Shrill. [Editor’s note: check out our review of Shrill!] It’s hilarious and rollicking, and tackles many of the big issues of our time: public trolling, misogyny, discrimination, body image, and more – with wit and warmth.

I’m in the middle of Paul Beatty’s The Sellout, and what a black comedy it is, an ironic iconic referential book on race and America.

A: We live in difficult divided times and I think empathy is paramount. Reading stories from other cultures, other geographies, other personalities helps connect us to each other, engenders more compassion and kindness. Support your local libraries and independent bookstores by borrowing and buying books from them. Read widely, deeply, lovingly.

Come hang out with Abeer this Wednesday, March 22, from 6:30 to 7:30 pm at CLP – Main in the Quiet Reading Room, and make sure to put Olive Witch on your holds list! 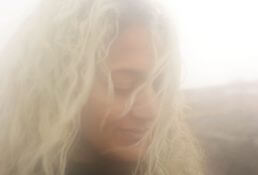 Hang out with Abeer and spend time with Olive Witch