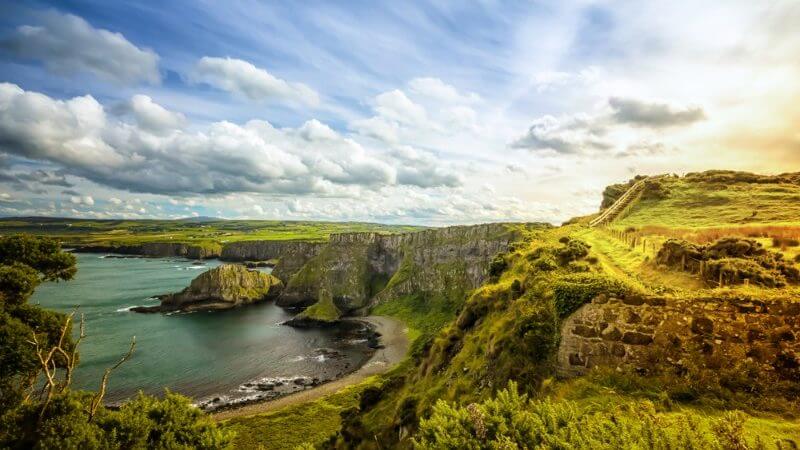 With St. Patrick’s Day just around the corner, you may experience the desire to read some books about the ever-lovely Emerald Isle. Whether you are a lover of fiction or nonfiction, history, poetry, romance, mystery, or fantasy, there is a book featuring Ireland for you. Check out one or more of the following titles as a small way of celebrating Irish culture!

St. Patrick of Ireland: A Biography

Life of St. Patrick based on his two surviving letters: one a defense of his work in Ireland, the other condemning a slave-raiding king and his pirates. Recounts Patrick’s kidnapping by Irish pirates, years of slavery, escape, and eventual return to minister to the Irish people. Debunks many myths. 2004.

Fairy and Folk Tales of Ireland

A collection of folk tales, songs, poems, and legends gathered by Yeats and first published separately as Fairy and Folk Tales of the Irish Peasantry in 1888 and Irish Fairy Tales in 1892. The cast of characters includes fairies, leprechauns, pookas, ghosts, witches, giants, and royalty.

Ireland and the Irish: A Short History

A chronicle of the island from its early days to the twentieth century. Includes a chapter devoted to the Protestants and another to the Catholics. Also discusses the Irish influences abroad and Irish literature.

PS, I love you

Ireland. Twenty-nine-year-old Holly grieves for her late husband. But, before dying, Gerry prepared a final gift: ten letters, one for each month remaining in the year, listing tasks for Holly to accomplish. Surrounded by family and friends, Holly learns to move on. Some strong language. 2004.

The Oxford Book of Ireland

An anthology of Irish writing from Celtic times to the late 1990s. Includes excerpts from novels, poetry, and philosophy by peasants and the famous. Many passages lament the occupation of the land by the British.

Personal reminiscences, Irish history, and local color are interwoven in this book of Belfast memories by the president of Sinn Fein. The author recounts events of his youth and tells tales of faeries and in-house wakes. He also makes observations on politics and the Irish labor movement.

The Trust: A Novel

Private investigator Liam Taggart hasn’t returned home to Northern Ireland since the 1990s. When his uncle dies, Liam returns to find that Fergus was murdered. Liam has been named as the executor of the estate–with the stipulation that it can’t be settled until the murderer is found. Unrated. Commercial audiobook. 2017.

The Twilight Lords: An Irish Chronicle

Account of the fierce, bloody, twenty-year struggle of the last great feudal Lords of Ireland against Elizabethan England. Conveys the ordeals of the Irish leaders and the tremendous cost of conquest to the English.

Posthumously published collection of thirty-six stories explores the lives of Dubliners living on fictional Chestnut Street. In “Dolly’s Mother,” a sixteen-year-old finally sees an imperfection in the loving, charismatic mother that everyone adores. Bestseller. 2010.

Anthology of Irish love poems in a diversity of styles, forms, voices, and eras from pagan to modern. While introducing some poets less known, includes such familiar names as Jonathan Swift, Oscar Wilde, W.B. Yeats, Samuel Beckett, and Seamus Heaney. 2002.