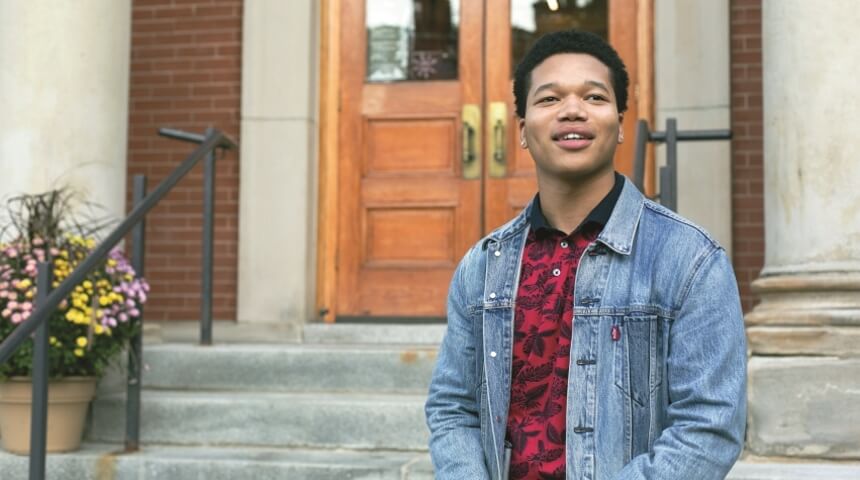 The fact that Jeremiah Fielder was chosen as Carnegie Library of Pittsburgh’s 2018 Teen Advocate of the Year by the Board of Trustees was ironic, really. Kinda crazy, actually.

“When I was in the third grade, we moved to a house that was right across the street from the Library’s West End branch. And my mom would force me to go to there and I dreaded it,” he says. “I really didn’t want to read, and I didn’t want to interact with anyone, either.”

But one afternoon while he was at the Library, he heard an announcement over the PA system. Teen Time is now starting downstairs! So, Jeremiah went down to check it out. At first it was just…okay. But then he started talking to other teens and began making friends…a lot of friends. He started going to the Library after school. Then, as often as possible. And suddenly, the Library was cool. He liked being there and hanging out. “And the staff were always so nice. It was relaxed. Really chill. They never forced me to read, but eventually, I started to like reading. Mostly graphic novels like Diary of a Wimpy Kid and Big Nate. I grew up in the Library, really.”

When Jeremiah was an eighth grader at Pittsburgh City Charter High School he learned about an opportunity for students to earn $500 to put towards school supplies in exchange for 40 hours of volunteer work. “I started thinking, ‘Where can I volunteer?’ and I immediately thought of the Library.” When he arrived at CLP-West End during the summer between his sophomore and junior years, he told the library staff he enjoyed working with kids. It wasn’t exactly the response that Youth Services Librarian Beth Zovko was expecting from a teenager in high school.

“I can’t tell you enough about the positive impact Jeremiah had on the kids here,” she says. “Their faces would light up the minute they walked through the door and saw him. I think what they most appreciated was his willingness to let them decide how to spend their time and how he brought such genuine enthusiasm to every interaction.” 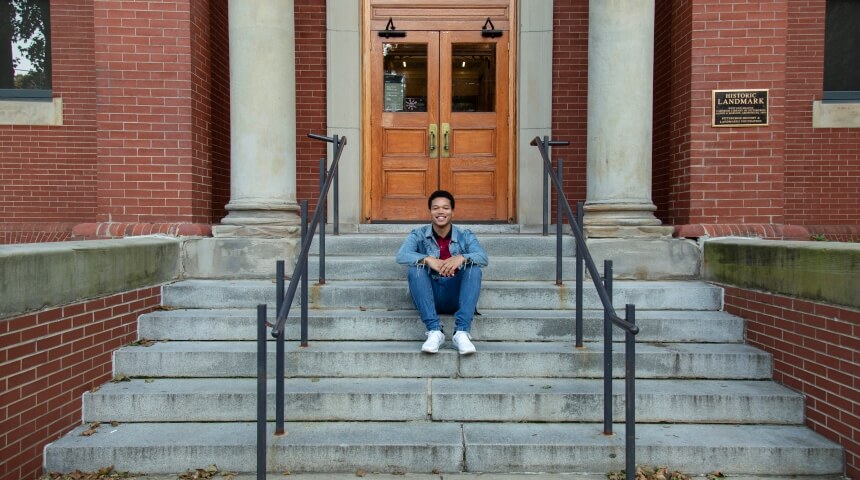 He began volunteering as a Reading Buddy, a program that provides caring mentors to kids as they explore and learn. Because of your support, since its launch, Reading Buddy volunteers have logged thousands of hours reading and engaging with kids at CLP locations across the city.

Every Tuesday, Jeremiah would show up after school and stick around for an hour, or two or three. “I cleared my schedule after school just in case they needed more time to do stuff with me,” he says. “And sometimes, I’d even come in on Saturday for an hour or two.”

When he arrived, the first thing he would do was get the toy bin and all the snacks from downstairs, clear off a little table, set up board games and wait for the kids to arrive. “A lot of times they were already waiting for me,” he says. They’d play LIFE and BeyBlades. And most importantly, they’d talk. How are you doing? How was school? “I just wanted them to interact with each other and not be focused so much on their electronics.” He’d help them with their homework, and eventually, gradually got them excited about the idea of reading. “I didn’t want to force them to read, so I’d offer them an incentive like an extra snack or extra toy from the prize bin if they read an age-appropriate book. And some of them weren’t into the idea of it, but a lot of them were.”

Due to after-school activities and a job that eats up most of his evening and weekend time, Jeremiah isn’t able to volunteer as a Reading Buddy as much as he’d like to now, but he most certainly misses the experience.

“I loved that kids looked forward to going to the Library, hanging out and socializing and not being buried in their electronics. It was so cool. And the fact that they still ask if Mr. Jeremiah is here today? Oh man, that kills me. But it’s just so crazy to hear that they say that. Because I was pretty sure that a handful of them weren’t really happy with me because I was trying to get them to read,” he laughs.