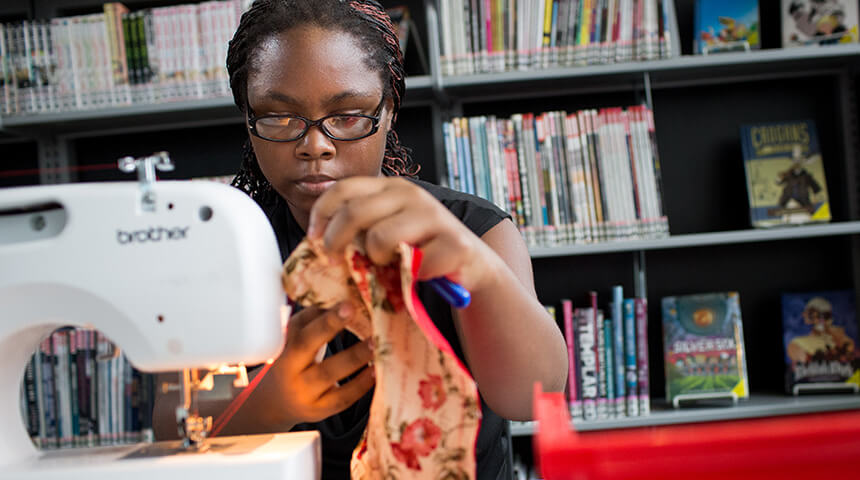 For the first time in ten years I’ve made a New Year’s Resolution. I stopped around a decade ago, because I no longer saw the point in setting a goal for the New Year only to break it so quickly (along with everyone else). I’m looking at you, January gym goers…who all vanish in mid-February.

So this year I decided to set a goal that would be doable and enjoyable: learn one new thing or fact per day. It’s manageable because it’s small, and learning is something I place a high value on and enjoy doing. The Library also makes it super easy with an abundance of resources. I’m going to talk about two of my favorite online databases.

The first is Lynda.com, an exceptional database available to all Carnegie Library of Pittsburgh cardholders that is focused on self-directed learning. Anyone can learn a new skill at their own pace. Each topic has a number of courses from which to choose.

For instance, you want to learn to use Excel 2016? Simply type Excel 2016 and choose a video to begin learning. You want to learn some Adobe software? To become a Java Programmer? How about embarking on a journey towards rock star status or 3D printer guru? All you have to do is hit “play” and you can start enjoying your cup until it runneth over.

The second resource I want to call out is Mango Languages, an online database that gives you access to dozens of languages, including Arabic, Swahili, American Sign Language, and the more “traditional” Romance languages like Spanish and Italian.

The library also has additional resources for language learners through CD sets, books and conversation groups. The only question is: What language do you want to learn? Why not challenge yourself and try a bit of Chinese?

Your only limitation with all these resources at your fingertips? Time. As Thomas Edison put it so succinctly, “Lost time is never found again.” So let’s get motivated and get moving!