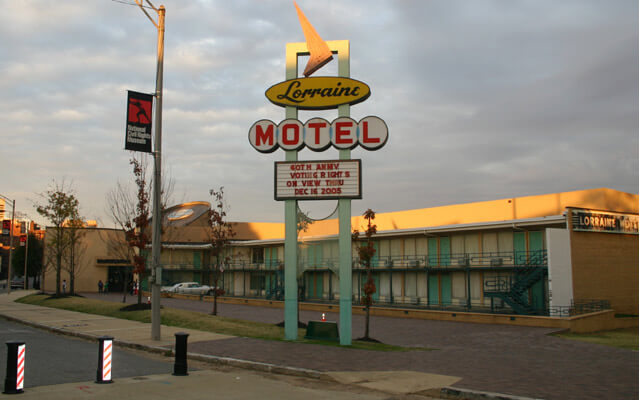 Memphis has a deep history with civil rights and is home to the National Civil Rights Museum. Built around the infamous Lorraine Hotel where Martin Luther King, Jr. was assassinated in 1968, the Museum was established in 1991. The Museum educates the public on the history of civil rights in the U.S and features both permanent and special exhibits.

If you can’t make a trip down to the Mid-South to visit this extraordinary cultural institution, check out these books about intersection between Memphis and the American Civil Rights Movement.

DB 79156
Aram Goudsouzian
Down to the Crossroads: Civil Rights, Black Power, and the Meredith March Against Fear
From Memphis in 1966, James Meredith embarked on a voting rights “March Against Fear” toward Jackson, Mississippi. When Meredith was shot by a mysterious white man, a confrontation between civil-rights leaders and southern law-enforcement officials ensued, which gave rise to the Black Power movement. 2014.

DB 38193
Gloria Wade-Gayles
Pushed Back to Strength: A Black Woman’s Journey Home
Collection of autobiographical essays, which Wade-Gayles prefers to call rememberings. Her journey is one of memory and emotion as she recalls how her life has been shaped by her family and the people around her. Includes her childhood in Memphis in the 1940s through her work as a civil rights activist up to her present career as a poet and professor of English and women’s studies. Some strong language. 1993.