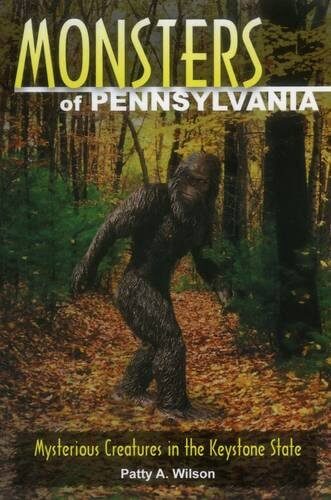 LBPH is proud to a share a new locally produced title available for loan or download from BARD. Monsters of Pennsylvania was narrated by volunteer Alan James and produced and edited by the LBPH Studio Team.

Monsters of Pennsylvania – Mysterious Creatures in the Keystone State
Patty A. Wilson
DBC 8550

Pennsylvania is home to an assortment of odd creatures. Bigfoot looms large here, but other cryptids, or animals of legend, are believed to inhabit the state. Featured are the gigantic Broad Top Snake, the bizarre Dogman of Westmoreland County, and Bessie, Lake Erie’s resident monster. Reports of giant attacking thunderbirds, bloodsucking wolfmen, and mischievous, mine-dwelling Tommyknockers are also included. For senior high and older readers. 2010.