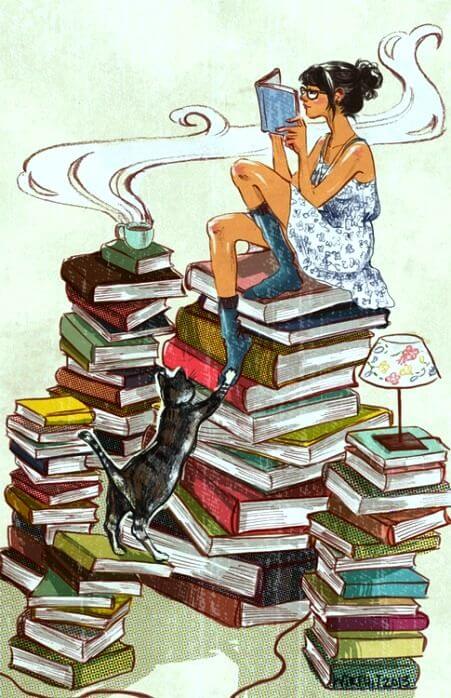 It’s that time again…time to determine my reading goals for the New Year. For the first time in a long time, I am participating in multiple book clubs and while this provides unique opportunities to expand my reading horizons, it also makes it trickier to find time to read books of my own choosing. With so many books to read and so little time, I’m choosing to be very conservative in the number of books I initially put on my list knowing full well such care is pointless with the inevitability of my list snowballing throughout the year with new additions. Here are some newer titles I’m looking forward to exploring and one or two older ones I’ve been meaning to check off my list for some time now. Maybe you’ll want to add one or more of these titles to your list of reading goals as well.

Biography of the creator and star of the children’s television program Mister Rogers’ Neighborhood. Traces the personal, professional, and artistic life of Rogers (1928-2003), drawing on interviews, oral histories, and archival documents to show a man fiercely devoted to helping children. Unrated. Commercial audiobook. 2018.

Twelve people, all Native American, have their own reasons to travel to the Big Oakland Powwow. Some are looking to reconnect with family or share in a celebration of their culture, but not all those gathered have good intentions. Unrated. Commercial audiobook. 2018.

The author re-opens the unsolved mystery of the most catastrophic library fire in US history. On April 29, 1986, fire broke out at the Los Angeles Public Library and destroyed or damaged more than a million books. Examines the evolution of public libraries while celebrating their value in society. Unrated. Commercial audiobook. 2018.

A memoir by the former First Lady, the first African American in that role. Obama recounts her childhood in Chicago, her years balancing motherhood and her career as an executive, and her time in the White House. Unrated. Commercial audiobook. Bestseller. 2018.

In the isolated Swedish town of Beartown, the residents’ hopes are pinned on the local amateur hockey team winning the championships. When the team’s star is accused of raping the coach’s daughter, it threatens to tear the town apart. Translated from the 2016 Swedish. Some violence, some strong language and some descriptions of sex. 2017.

In this first volume of a trilogy set in medieval Norway, the winner of the 1928 Nobel Prize for literature tells of Kristin’s girlhood and her love for Erlend Nikulausson, a young man of whom her father strongly disapproves. Prequel to The Mistress of Husaby (DB 40413)

Set in medieval Norway, the story of Kristin’s stormy married life and her struggle to preserve an estate for her seven sons. Sequel to The Bridal Wreath (DB 40412).

A historical novel set in fourteenth-century Norway, concerning Kristin’s problems with her husband and children, her retirement to a convent, and the horrors of the Black Plague. Sequel to The Mistress of Husaby (DB 40413).