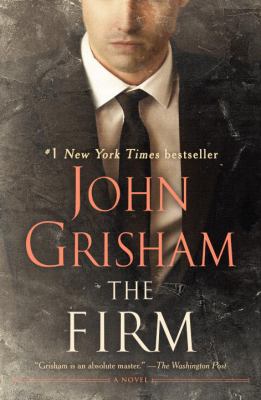 Recently I read my first John Grisham. It was his latest book The Reckoning (DB92511) , which would rank as one of the top books I read last year. I thought the book was so good that I decided that one of my goals this year would be to read as many John Grisham books that I could. I decided to start with the The Firm (DB 32026) first because I remembered hearing about the film. The Firm follows Mitch McDeere a recent law school graduate who gets recruited by a law firm in Memphis. The firm offers Mitch incentives too good to be true making the decision to start his law career in Memphis easy for him and his wife. Soon though McDeere discovers the firm is involved in a web of criminal activity. McDeere is recruited by the FBI to provide proof of the firms wrong doing. McDeere and his wife are placed in a dangerous situation of trying to gather information while keeping up the appearance that they are unaware of what is happening with the firm. The Firm is a fast paced thriller that kept me on the edge of my seat. Every time I had to put the book down I could not wait to get back to see what would happen next.

The next John Grisham book I plan to read is

Four years ago, attorney Patrick Lanigan faked his own death and ran away with ninety million dollars belonging to his partners and a client. Now he’s been found, tortured, sued by numerous parties including his wife, and charged with murder. Strong language and violence. Bestseller.