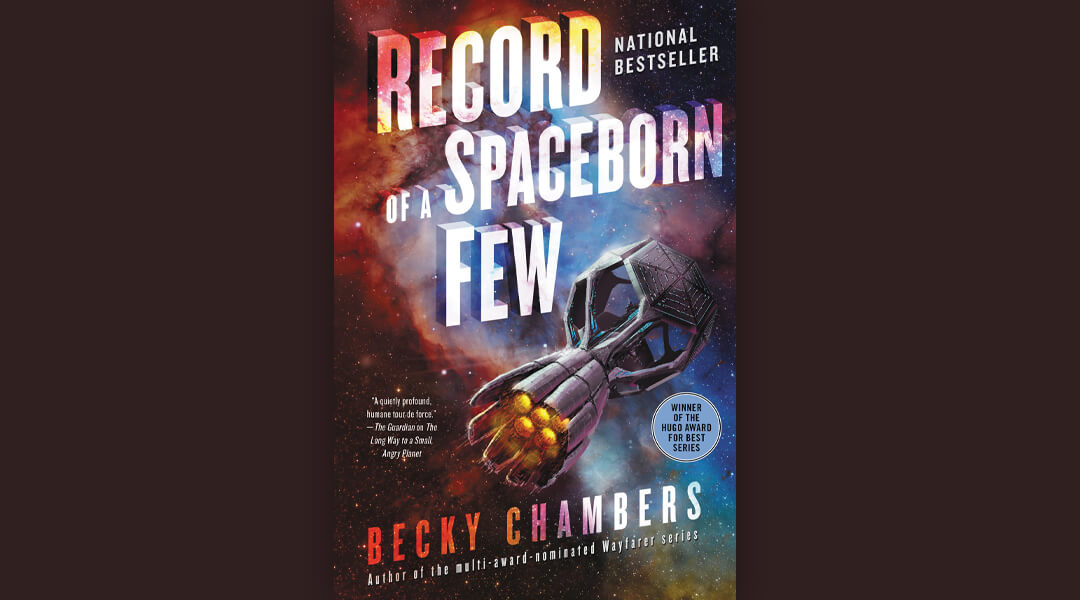 Join a lively conversation with fellow book lovers via Zoom to discuss Record of a Spaceborn Few by Becky Chambers. Brimming with Chambers’ signature blend of heart-warming character relationships and dazzling adventure, Record of a Spaceborn Few is set in the sprawling universe of the Galactic Commons and follows a motley crew on a journey to a far corner of the cosmos: a young apprentice, a lifelong spacer with children, a planet-raised traveler, an alien academic, a caretaker for the dead, and an archivist whose mission is to ensure no one’s story is forgotten. Copies of the book are available from the library through the catalog, Libby (eBook and eAudiobook) and Hoopla (eBook and eAudiobook). You can register for the program at our event page.

Of author Becky Chambers’ presentation of the story, Niall Alexander, writing for tor.com, says “If the idea of a near silent and not at all violent novel about decent people in relatively difficult situations trying to do what’s right for them right then appeals…then Becky Chambers’ latest may well be the purest distillation of her characteristically smooth science fiction to date.”

Annette Lapointe for The New York Journal of Books stresses the importance of the large female cast: “…That gender dominance never feels political or contrived. Rather, those characters allow us to view aspects of a ‘spaceborn’ society that are usually erased by space opera’s traditionally masculine focus. Sexuality, family, child-rearing, social relationships, and cultural continuity are not only women’s issues, but they do involve women. Female perspectives allow a complex social drama that includes private life as well as public.”

Elitist Book Reviews’ Jane Funk continues the sentiment of the domesticity of the story not usually seen in a space opera: “…Not everyone will be interested in such a firmly domestic (as opposed to public or political) exploration, but I found RECORD to be poignant read about what it means to love a community while acknowledging both its flaws and its goodness. It’s a task that I believe everyone can relate to and makes RECORD worth the read.”

To hear Becky Chambers describe the universe she created for Record of a Spaceborn Few, click here.

The daughter of an astrobiology educator and a satellite engineer, Becky Chambers grew up surrounded and fascinated by space science. After receiving a degree in Theater Arts from the University of San Francisco, she lived abroad for many years in Iceland and Scotland before returning to Northern California, where she lives with her wife. Her writing often explores themes of identity, consciousness, and personal fulfillment in futuristic settings. She enjoys tea, video games, tabletop games, and looking through her telescope, and hopes to see Earth from orbit someday. Her work has been nominated for the Nebula Award, the Locus Award, the Women’s Prize in Fiction, and her Wayfarers series (including Record of a Spaceborn Few) has won a Hugo Award.

Becky Chambers’ work is sometimes categorized under the newer genre of “hopepunk”. This term was coined by author Alexandra Rowland in 2017 in a Tumblr post. A Vox article on the term states that “depending on who you ask, hopepunk is as much a mood and a spirit as a definable literary movement, a narrative message of ‘keep fighting, no matter what.’ If that seems too broad — after all, aren’t all fictional characters fighting for something? — then consider the concept of hope itself, with all the implications of love, kindness, and faith in humanity it encompasses.”

A LitHub article on hopepunk and solarpunk offers the distinction that “hopepunk stories are not specifically climate-focused and, more importantly, do not necessitate hopeful worlds.” To learn about even more of the –punk suffixed family of speculative fiction, you can read this article from Merriam-Webster: “On ‘Hopepunk,’ ‘Mannerpunk,’ and a Range of Punky Genres’.

For more books about finding your place in the world, space colonization, and/or hopeful sci fi, check out these titles: 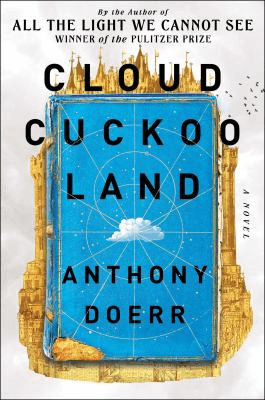 Told from multiple perspectives in multiple eras of time, Doerr tells the story of five people whose lives intertwine due to one book. From 15th century Constantinople to an interstellar ship, this book is a dazzling journey of imagination. This title is available for checkout in print, as an eBook on Libby and in eAudio on Libby. 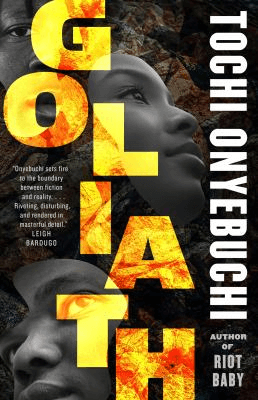 Several narratives tell the story of a crumbling human culture on Earth during the 2050s, with the rich fleeing for space colonies and the poor doing what they can to protect what they have. It’s a meditation on what heroes are and how intersectional oppression can duplicate itself across the stars. This title is available for checkout in print, as an eBook on Libby, and in eAudio on Libby. 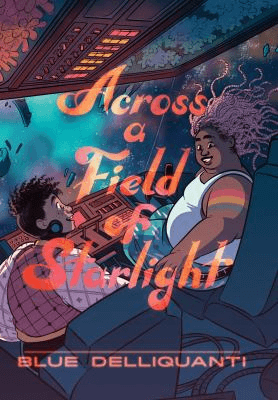 Across a Field of Starlight by Blue Delliquanti, 2022

A young teen raised in a warring society and another raised in a secret colony of peace cross paths and spark a deep friendship that will end up either changing the course of their societies or destroying one of their worlds. A gorgeous graphic novel that asks what it takes to choose hope. This title is available for checkout in print and as an eBook on Libby. 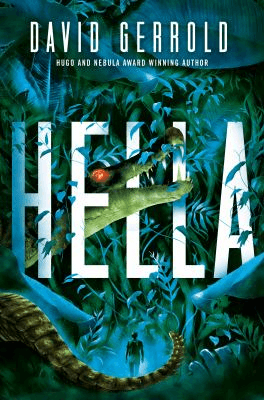 Everything is large on the planet the colonists have nicknamed “Hella”–the fauna is mega and the weather is extra. Kyle’s colony is preparing to receive a massive influx of arrivals from a dying Earth, but it can barely sustain itself. Kyle’s connection to the computer network in the colony may be the key to helping everyone. This title is available for checkout in print and in eAudio on Hoopla. 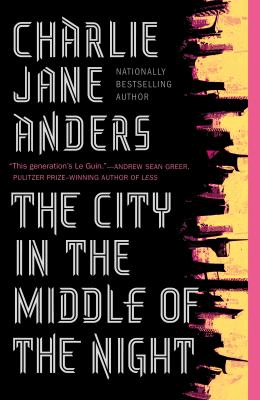 The City in the Middle of the Night by Charlie Jane Anders, 2019

The planet of January has a night half and a day half. The humans have colonized the side that lives in light and warmth, but have exiled Sophie to the cold half and to certain death, for trying to start a revolution. There she is saved by an indigenous lifeform and has to envision a newer and more radical future. This title is available for checkout in print, as an eBook on Libby, and in eAudio on Hoopla.